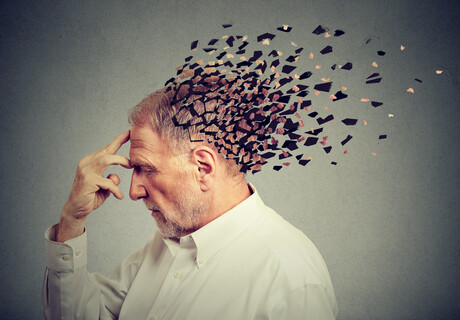 Two recent studies have suggested new treatment approaches for Alzheimer’s disease — one utilising an existing asthma drug and another targeting the gut rather than the brain.

Alzheimer’s disease (AD) is the most common form of dementia, currently affecting 47 million people worldwide — a figure that is expected to triple to more than 130 million cases by 2050. No effective treatments that cure the disease or slow down its progression have yet been discovered.

Now, an early-stage study by Lancaster University researchers has revealed that repurposing an existing asthma drug, salbutamol, offers significant potential as a low-cost and rapid-response option. Their work has been published in the journal ACS Chemical Neuroscience.

Much Alzheimer’s disease research has focused on the build-up of amyloid plaques in the brain, caused by misfolding of the amyloid-β protein. However, because of disappointing results from numerous therapies targeting amyloid-β aggregation, more attention is shifting towards tau protein, also found in the brains of Alzheimer’s patients. Microscopic fibres of tau accumulate into neurofibrillary tangles and can cause neuron destabilisation and brain cell death — and are a key characteristic of the disease’s progression.

The Lancaster researchers used an automated, high-throughput screening approach to study the structure of the misfolding tau protein with a special analytical technique called synchrotron radiation circular dichroism (SRCD) at Diamond Light Source, the UK national synchrotron light source. With this powerful technique they were able to look at a selection of more than 80 existing compounds and drugs simultaneously to determine their effectiveness at preventing the formation of tau fibrils.

This method confirmed the compound epinephrine, more commonly known as adrenaline, was effective at stabilising the tau proteins and preventing the formation of tau tangles. However, our bodies do not easily absorb epinephrine and it rapidly gets metabolised, so the scientists then looked at a range of readily available compounds with similar chemical structures. This search revealed four current drugs as possible candidates — etamivan, fenoterol, dobutamine and salbutamol.

Etaminvan and fenoterol were found to have little effect on the assembly of tau tangles. Dobutamine, which is used for the rapid treatment of heart attacks and heart failure, was found to have some benefit. However, because its effects are very short lived, and because it needs to be administered intravenously, it is not ideal as a basis for treatment of Alzheimer’s disease.

Extensive experiments showed that salbutamol was effective at reducing the accumulation of insoluble fibres of tau, inhibiting tau aggregation in vitro. Tests where salbutamol was added to solutions containing tau resulted in drastically reduced density of fibrous tau structures responsible for the tau neurofibrillary tangles.

The researchers believe that salbutamol interacts with an early stage of tau fibril formation, reducing their ability to form an initial nucleus which drives the aggregation process. Because it is easily ingested, absorbed into the brain and remains in the body for several hours, salbutamol thus has attractive properties as a research avenue for potential new treatment for Alzheimer’s.

“Our work highlights the potential impact of repurposing drugs for secondary medical uses by discovering a novel therapeutic strategy that impedes the molecular pathology of Alzheimer’s disease, and which may have otherwise gone unstudied,” said Dr David Townsend, lead author of the research.

“Salbutamol has already undergone extensive human safety reviews, and if follow-up research reveals an ability to impede Alzheimer’s disease progression in cellular and animal models, this drug could offer a step forward, whilst drastically reducing the cost and time associated with typical drug development.”

Co-author Professor David Middleton added, “This work is in the very early stages and we are some way from knowing whether or not salbutamol will be effective at treating Alzheimer’s disease in human patients. However, our results justify further testing of salbutamol, and similar drugs, in animal models of the disease and eventually, if successful, in clinical trials.”

The researchers said that current asthma inhalers result in only a small amount of salbutamol reaching the brain and so, if further research is successful, a new delivery method would need to be developed. They added that future research could also focus on other asthma drugs that are chemically similar to salbutamol, but which circulate in the bloodstream for much longer.

Meanwhile, a separate study by The Chinese University of Hong Kong has shown that misfolded amyloid-β protein build-up in the gut could contribute to the development of Alzheimer’s-like symptoms in mice. Published in The Journal of Physiology, the study could suggest a new treatment approach for Alzheimer’s disease that would target the gut before symptoms of cognitive deficits appear in patients. It also suggests that environmental factors might be contributing to cognitive deficits seen in Alzheimer’s disease and other conditions.

The researchers injected fluorescently tagged misfolded amyloid-β protein into the guts of mice, which subsequently travelled to the nervous system in the gut. One year later, these misfolded proteins were seen in parts of the brain involved in cognitive deficits of Alzheimer’s disease including the hippocampus, the part of our brain that affects our memory. The animals meanwhile experienced cognitive impairments.

If some of the amyloid-β build-up in the central nervous system (brain and spinal cord) is indeed originating from outside the brain (peripheral nervous system), reducing the amount that makes it to the brain or trapping the protein in the periphery may delay the onset of Alzheimer’s disease, with the treatment beginning before any signs of dementia appear in the patient. The study does, however, need to be verified in humans, by identifying post-mortem changes in inflammation in the guts and brains of Alzheimer’s patients.

“This concept is similar to the transport of misfolded proteins from the gut such as those responsible for mad cow disease,” said John A Rudd, senior author on the study. “If this is the case, a similar process may start in humans many years ahead of the manifestations of the classical hallmarks of AD including memory loss, and so prevention strategies would need to start earlier as well.”

How is obesity linked to the brain?

A growing body of evidence suggests that obesity is a disease whose roots are in the brain.

ABB and IBM to bolster cybersecurity for industrial operations