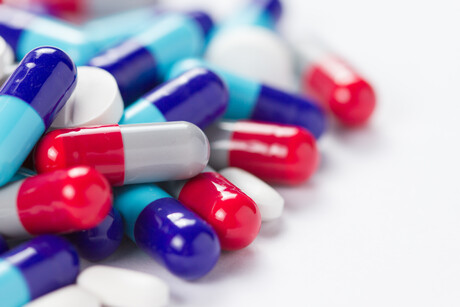 Researchers at The Peter Doherty Institute for Infection and Immunity, The University of Queensland (UQ), Griffith University, The University of Adelaide and St. Jude Children’s Research Hospital have discovered how to repurpose a molecule called PBT2 — originally developed as a potential treatment for disorders such as Alzheimer’s, Parkinson’s and Huntington’s diseases — to break bacterial resistance to commonly used frontline antibiotics. Their discovery may soon see the comeback of readily available and cheap antibiotics, such as penicillin and ampicillin, as effective weapons in the fight against antibiotic resistance.

Rising numbers of bacterial infections — such as pneumonia, tuberculosis, gonorrhoea and salmonellosis — are becoming harder to treat as the antibiotics used against them are becoming less effective. The researchers found a way break this bacterial drug resistance and developed a therapeutic approach to use of ampicillin to treat drug-resistant bacterial pneumonia caused by Streptococcus pneumoniae in a mouse model of infection. Their results were published in the journal Cell Reports.

The breakthrough was sparked when Professor Christopher McDevitt, a laboratory head at the Doherty Institute, had been conducting research into bacterial antibiotic resistance using zinc ionophores. This led to collaborations with UQ’s Professor Mark Walker and Griffith University’s Professor Mark von Itzstein.

“We knew that some ionophores, such as PBT2, had been through clinical trials and shown to be safe for use in humans,” Prof von Itzstein said.

Crucially important was the research from Prof McDevitt’s group that led to knowing how and where treatment could be most effective. Prof McDevitt explained, “We knew from earlier research that the immune system uses zinc as an innate antimicrobial to fight off infection. So we developed our therapeutic approach with PBT2 to use the body’s antimicrobial zinc to break antibiotic resistance in the invading bacteria.

“This rendered the drug-resistant bacteria susceptible to the antibiotic ampicillin, restoring the effectiveness of the antibiotic treatment in the infected animals.”

According to Prof von Itzstein, the discovery has the potential to provide a cost-effective and readily available treatment to life-threatening infections such as community-acquired bacterial pneumonia, which poses a serious public health risk. Prof McDevitt said the researchers are now working towards collecting the data required for a clinical trial of PBT2 in combination with antibiotics.

“We also want to find other antibiotic-PBT2 combinations that have therapeutic potential for treatment of other bacterial infections,” he said.

“Our work shows that this simple combination therapy is safe, but the combinations require testing in clinical trials. What we need now is to move forward with further testing and pharmacology.”

Researchers at the National Vaccine and Therapeutics Lab will turn vaccine and drug candidates...