Have humans evolved to be more prone to anxiety? 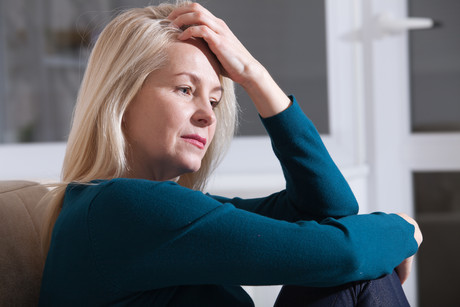 Neurochemicals such as serotonin and dopamine play crucial roles in cognitive and emotional functions of our brain, with the gene vesicular monoamine transporter 1 (VMAT1) partially responsible for transporting neurotransmitters and regulating neuronal signalling. Now, researchers from Tohoku University have reconstructed ancestral VMAT1 proteins, revealing the functional changes in neurotransmitter uptake of VMAT1 throughout the course of human evolution.

PhD candidate Daiki Sato, Professor Masakado Kawata and colleagues previously discovered VMAT1 to be one of the genes that had evolved throughout human lineage. VMAT1 contains two human-specific mutations, with the change being represented as 130Glu to 130Gly and from 136Asn to 136Thr. Previous studies have shown that having the new 130Gly/136Thr variant decreases the uptake of neurotransmitters and is associated with higher depression and/or anxiety.

As expected, the ancestral (130Glu/136Asn) VMAT1 protein exhibited an increased uptake of neurotransmitters compared to a derived (130Gly/136Thr) genotype. Given that the derived (130Gly/136Thr) genotype is shown to be associated with depression and/or anxiety in modern human populations, the researchers suggest that “our ancestors may have been able to withstand higher levels of anxiety or depression”.

The team’s next step is to identify the neurological and behavioural consequences of the mutations in mice to clarify how the variants contributed to our brain evolution, stating, “This would be the striking evidence that links evolution of our genome and brain.” The researchers hope that this finding provides insights into our diverse psychological traits, including psychiatric disorders.

Signature brain activity in three-month-old infants has been used to predicted symptoms of autism...