Human memory is improved by the promise of reward 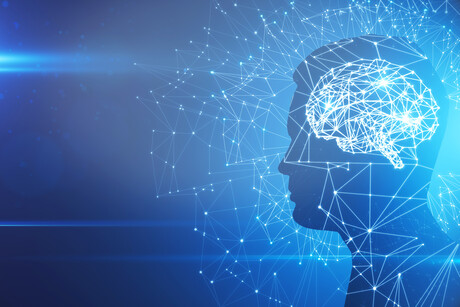 Memory is primarily managed in the brain by the hippocampus, a region of the brain responsible for encoding and storing memories. When a reward is involved, however, another region is activated — the ventral tegmental area, which is involved in the reward system and responsible for the release of dopamine related to the satisfaction of obtaining a reward.

“It is the dialogue between these two brain areas that helps maintain motivation, improve learning and consolidate memories,” said study first author Kristoffer Aberg, now based at the Weizmann Institute of Science. But how can we exploit this dialogue to optimise our memory capacity?

“The positive influence of a reward on memory is a well-known phenomenon,” said study leader Professor Sophie Schwartz. “However, our experiment aimed to take a further step in understanding this mechanism by looking at two important aspects: does the effect last over time and what role does the accumulation of reward play?”

The optimisation of memory encoding is the product of a neural dialogue between the reward circuit (left) and the memory circuit (right). Image ©UNIGE.

To answer these questions, the scientists developed an experiment using functional magnetic resonance imaging — a technique that allows real-time observation of the brain in action. About 30 healthy subjects were asked to remember associations between objects and people; each correct answer was associated with points gained and each incorrect answer with points lost (the points were then converted into money). 20 minutes later, the subjects were asked to retrieve these associations to earn additional points. Critically, the average number of points that could be gained varied over the course of the experiment.

Through the examination of brain activity in healthy human subjects, a research team from the University of Geneva (UNIGE) has highlighted the lasting positive effect of a reward on the ability of individuals to retain a variety of information — though the average accumulation of reward should be neither too small nor too large. Their work has been published in the journal Nature Communications.

“Contrary to what one might have thought, the best results were not associated with the highest accumulation of rewards — the point where subjects should have been the most motivated,” Aberg said. Indeed, the most effective results lay somewhere between the highest and lowest accumulated rewards.

“Our brain needs rewards to motivate us, but also challenges,” Prof Schwartz explained. “If the task is too easy, motivation decreases as quickly as if it is too difficult, and that affects our ability to encode information.

“Imagine picking berries in the forest: if they are everywhere, you do not have to remember where to find them. If there are only a few, the effort required to pick them is too great in relation to the possible gain — a few berries will not feed us. Now, if clusters of berries are scattered throughout the forest, remembering their exact location will allow us to pick more in a short time.”

This experiment thus shows the importance of motivation in memory and learning, as well as the subtle, and probably individual-specific, balance that should be instituted. These lessons are highly relevant for a variety of learning situations — particularly in the school environment, with the idea of creating learning contexts that would foster this motivation according to the needs of children.