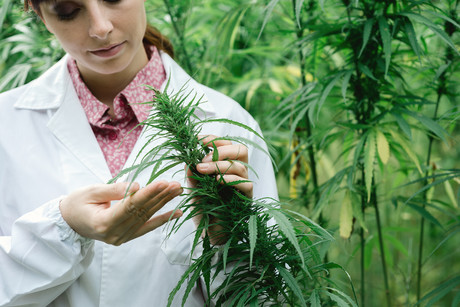 The Australian Government is looking to maximise the economic potential of the medicinal cannabis industry, with Major Project Status granted to Hydroganics — for a multistage $333 million medicinal cannabis facility in South East Queensland — and to Canopy Growth, with its medical division Spectrum Therapeutics, for a $70 million facility in regional Victoria.

In addition to creating 140 ongoing jobs, at full production Hydroganics is expected to produce an estimated turnover of $366 million; 90% of the turnover will be generated from exporting overseas. Canopy Growth will meanwhile establish its Asia–Pacific headquarters and vertically integrated cultivation, manufacturing and distribution operations in Victoria, which is expected to create up to 250 ongoing jobs.

Major Project Status is Australian Government’s recognition of the strategic significance of a project to Australia, including its contribution to economic growth, employment and boosting opportunities for regional Australia. It provides companies with extra support from the Major Projects Facilitation Agency, including a single entry point for Australian Government approvals, project support and coordination, and help with state and territory approvals.

Minister for Industry, Science and Technology Karen Andrews said the medicinal cannabis industry can boost exports and create jobs, with the potential to grow to a $1.2 billion industry over the next 10 years.

“By acting now and fast-tracking medicinal cannabis facilities, we have an opportunity to create an entirely new industry with tremendous export potential.

“This is exactly what Major Project Status is designed for. By fast-tracking nationally significant projects, we can boost our economic growth and create new jobs, including in regional areas.”

Minister for Health Greg Hunt announced in August that medicinal cannabis licence applications for projects granted Major Project Status were being prioritised within the Office of Drug Control’s licensing process.

“The medical community is increasingly recognising the value of medicinal cannabis. As the world’s doctors look to these new treatments for their patients, Australia is well placed to become a source of trusted medicinal cannabis products.”