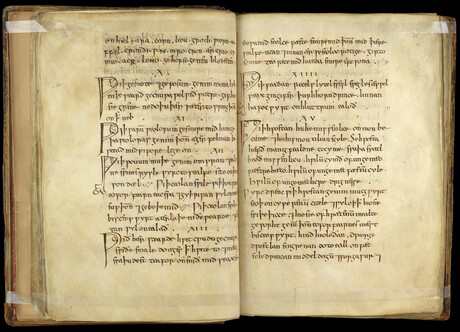 Bacteria can live in two ways: as individual planktonic cells or as a multicellular biofilm. Biofilm helps protect bacteria from antibiotics, making them much harder to treat; particularly in the case of the biofilms that infect diabetic foot ulcers, which can lead to amputation to avoid the risk of the bacteria spreading to the blood to cause lethal bacteremia. Researchers from the University of Warwick suggested that medieval methods using everyday ingredients could help solve this problem, publishing the results of their work in the journal Scientific Reports.

Building on previous research done by the University of Nottingham on using medieval remedies to treat MRSA, the Warwick scientists reconstructed a 1000-year-old medieval remedy containing onion, garlic, wine and bile salts, which is known as ‘Bald’s eyesalve’, and showed it to have promising antibacterial activity. The team also showed that the mixture caused low levels of damage to human cells.

They found the Bald’s eyesalve remedy was effective against a range of Gram-negative and Gram-positive wound pathogens in planktonic culture. This activity was maintained against several pathogens grown as biofilms, including Acinetobacter baumanii, Stenotrophomonas maltophilia, Staphylococcus aureus, Staphylococcus epidermidis and Streptococcus pyogenes. All of these bacteria can be found in the biofilms that infect diabetic foot ulcers and which can be resistant to antibiotic treatment. 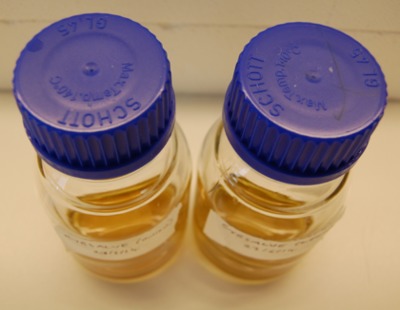 The Bald’s eyesalve mixture in the lab. Image credit: University of Warwick.

“We have shown that a medieval remedy made from onion, garlic, wine and bile can kill a range of problematic bacteria grown both planktonically and as biofilms,” said Dr Freya Harrison from the University of Warwick. “Because the mixture did not cause much damage to human cells in the lab, or to mice, we could potentially develop a safe and effective antibacterial treatment from the remedy.

“Most antibiotics that we use today are derived from natural compounds, but our work highlights the need to explore not only single compounds but mixtures of natural products for treating biofilm infections. We think that future discovery of antibiotics from natural products could be enhanced by studying combinations of ingredients, rather than single plants or compounds. In this first instance, we think this combination could suggest new treatments for infected wounds, such as diabetic foot and leg ulcers.”

Jessica Furner-Pardoe, also from the University of Warwick, added, “Our work demonstrates just how important it is to use realistic models in the lab when looking for new antibiotics from plants. Although a single component is enough to kill planktonic cultures, it fails against more realistic infection models, where the full remedy succeeds.”