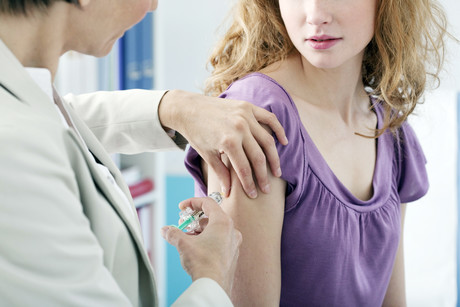 Meningococcal B vaccinations are highly effective at protecting those immunised but do little to prevent the spread of the deadly disease, according to a large-scale South Australian study.

Meningococcal B is an acute bacterial infection that kills approximately 10% of those infected and causes permanent disabilities in about 20% of cases. Those most at risk are babies and children up to the age of five years, as well as people aged 15 to 24 years. However, adolescents can carry the meningococcus bacteria in the back of the throat without developing the disease.

Professor Helen Marshall, from the University of Adelaide’s Robinson Research Institute, led one the largest meningococcal B herd immunity studies ever conducted, known as ‘B Part of It’. The study was funded by GSK and the results have now been published in The New England Journal of Medicine.

The immunity study of almost 35,000 high school students from Years 10 to 12 was rolled out in stages across South Australia between 2017 and 2018 and examined if the recommended meningococcal B vaccine reduced the spread of meningococcal bacteria in teenagers by immunising a large group. All participants had their throats swabbed at the beginning of the study before being split into two groups, one of which was given two vaccines. After 12 months all participants were re-swabbed before the second group received their vaccines.

Prof Marshall said the study showed “good protection” against the disease in those vaccinated, but did not show an overall reduction in the proportion of adolescents carrying the bacteria.

“You have to be vaccinated to be protected,” she said. “The vaccine is not going to reduce the number of people carrying the bacteria and therefore less transmission and therefore a herd immunity benefit.”

The study additionally identified a number of high-risk behaviours associated with carrying meningococcal strains, such as smoking cigarettes and kissing. Older school students, school boarders and those who had recently had a cold or sore throat were also more likely to carry meningococcus in their throat.

Prof Marshall said, in the three years since the study began, there has not been a single case of meningococcal disease among participants. This was compared with 12 cases in the same age group in the two years prior to the study.

The study will be used in Australia and globally to assess the cost-effectiveness of meningococcal B immunisation programs for children and young people. Prof Marshall said the results could shape local and global policy around meningococcal B.

“When decisions are being made about the age groups to vaccinate, the important message from our study is to look at your country’s epistemology and understand the age groups at highest risk. Provide the vaccine to those age groups, rather than relying on the potential for a herd immunity impact,” she said.

This is a modified version of a news item published by The Lead South Australia under Creative Commons.