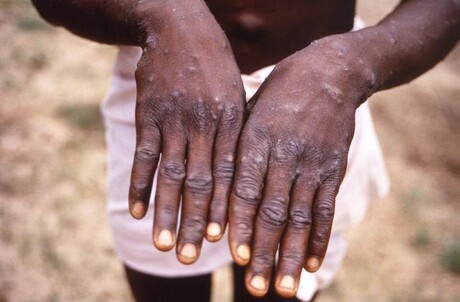 Australia has recorded its first two cases of the rare monkeypox virus, both in travellers who recently returned from Europe, according to alerts issued on Friday.

The first of the cases, a man in his 40s, developed a mild illness several days after arriving back in Sydney. He subsequently presented to his GP with symptoms clinically compatible with monkeypox. Urgent testing that was carried out identified a probable case of monkeypox, which was later confirmed. The man and a household contact are now isolating at home, with care and support being provided by their GP and NSW Health.

The second case, aged in his 30s, developed mild symptoms before returning from the UK to Melbourne and immediately sought medical attention. Testing has confirmed that he has the virus, and he remains in isolation at The Alfred with mild symptoms.

The monkeypox virus is related to the virus which causes smallpox, and historically, vaccination against smallpox is protective against monkeypox. It starts with flu-like symptoms, such as fever, headaches and muscle aches and pains, and also causes a distinctive blistering rash and swollen lymph nodes.

Monkeypox is usually associated with travel to Central or West Africa, where it is endemic. Wild animals, usually from forested parts of Africa, may carry the virus and incidental human infections can occur through contact with live and dead animals through hunting and by eating wild game.

Victorian Chief Health Officer Brett Sutton emphasised that the virus isn’t easily spread between people, as it requires direct skin-to-skin contact through broken skin, fluid or pus in lesions, or prolonged face-to-face contact via respiratory transmission. It also usually resolves on its own within two to three weeks.

That said, the World Health Organization (WHO) has advised that monkeypox symptoms may be severe in some individuals, such as children, pregnant women or persons with immune suppression due to other health conditions. In recent times, the case fatality ratio has been around 3–6%.

Pictured: This 1997 image was created during an investigation into an outbreak of monkeypox, which took place in the Democratic Republic of the Congo (DRC), formerly Zaire.