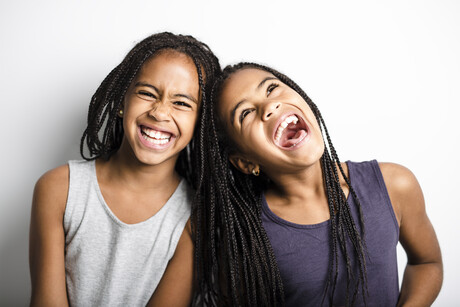 By sequencing the germline genomes of monozygotic (identical) twins and comparing them to those of close relatives, scientists at Iceland’s deCODE genetics found mutations that are present in just one of the twins and traced them back to the first days after conception, suggesting these twins aren’t as identical as has been assumed.

Looking to investigate potential genomic differences more fully, scientists at deCODE genetics searched for mutations that were present in only one of monozygotic twins, publishing their results in the journal Nature Genetics. Their search resulted in the discovery of two groups of twin pairs: one where twins share mutations and the other where the developmental mutations are only present in one of the twins at high frequency.

“Mutations can be formed when cells divide, and the daughter cells may carry a mutation that marks the descendants of the mutated cell within an individual,” said Hákon Jónsson, a scientist at deCODE genetics and co-author on the paper. “Mutations that are present in only one of the twins allow us therefore to backtrack to the cell divisions that lead to the development of the twins.”

The colleagues sequenced the genomes of 387 pairs of identical twins and their parents, spouses and children to track mutation divergence. They found that twins differ by 5.2 early developmental mutations, on average. In approximately 15% of twin pairs, one twin carries a high number of these mutations that the other twin does not have.

The backtracking of the mutations that differ between twins suggests that they are formed in the first days of embryonic development, when the embryo consists of several cells. And with autism and other developmental disorders — which one twin in a pair might have — linked to such mutations, the authors say the role of genetic factors in shaping such phenotypic differences has been underestimated.

“These two groups of monozygotic twins give insight into development of the embryo only [a] few divisions after conception when the embryo consists of several cells,” said deCODE genetics CEO Kari Stefansson. “These are exciting times that allows us to use mutations to shed light on the development of humans at these first stages of development.”

A research team has mapped the unique genetic profile of the skeleton's 'master...