Oral ketamine can be used to reduce chronic suicidality 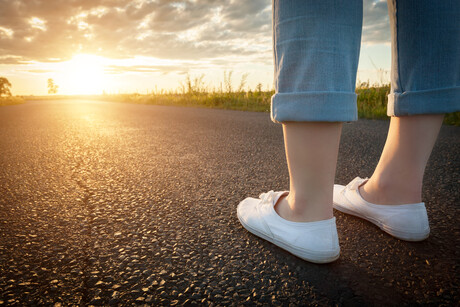 Researchers from the University of the Sunshine Coast (USC) have found that oral doses of ketamine administered in a clinical setting can provide a rapid-acting treatment for chronic suicidality. Their study has been published in the journal Translational Psychiatry.

Antidepressant medications are a common treatment for suicidality but can have significant limitations for some patients. Ketamine, meanwhile, has been shown to influence the firing of the brain, turning uncoordinated and overactive brain networks into ordered and precise networks that function more effectively.

The study from USC’s Thompson Institute showed that within the first six weeks of treatment, 69% of participants achieved a clinical reduction in suicide ideation — and half of participants still noted significant improvement four weeks after treatment had ceased. Principal investigator Dr Adem Can said patients experienced “a significant reduction in suicide ideation, from a high level before the trial to below the clinical threshold by week six of the trial”.

“In medicine this response rate is significant, particularly given it was experienced by patients with chronic suicidality, which can be difficult to treat,” he said.

“These patients had lived with suicidality for a very long time and presented a range of psychiatric conditions, including mood, anxiety and personality disorders, and many of them had lost hope of recovery.”

Dr Can said the study successes were consistent with those shown in intravenous ketamine trials, in which the ketamine was administered by injection, typically in a hospital setting. “Intravenous administration, however, is invasive, expensive and carries a higher chance of adverse reactions due to its injection straight into the blood stream,” he said. “So logistically it is a lot easier and faster to clinically administer an oral dose.”

USC Thompson Institute Director and study supervisor Professor Jim Lagopoulos has been studying the potential therapeutic benefits of ketamine for 20 years, and said the findings were an exciting development.

“The longer you have a particular condition, the more resistant it can become to treatment,” Prof Lagopoulos said.

“We also had a very complex group of patients with a variety of conditions such as depression, anxiety, borderline personality disorder — all factors that can increase your potential for suicidality — yet the treatment still worked across the group.

“This means the trial group was representative of the community we are serving, where suicidality is often accompanied by one or more other conditions. So results like these across the spectrum are very encouraging.”

Prof Lagopoulos said the study also demonstrated the range in which dosage could be adjusted according to a patient’s physiology and tolerance to the treatment, while still reducing suicidality. The researchers do, however, suggest that further study is needed to test efficacy by using randomised control groups.