Peripheral nervous system may play a role in autism 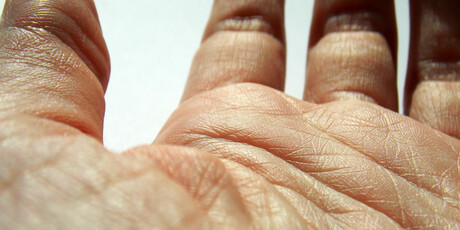 Autism is considered a disorder of the brain, but a new exploratory study suggests that the peripheral nervous system — the nerves that control our sense of touch, pain and other sensations — may play a role as well. The study was conducted by researchers from the National Taiwan University Hospital and published in the journal Neurology.

“More than 70% of people with autism have differences in their sensory perception,” said Dr Sung-Tsang Hsieh, a co-author on the new study. “For some people even a light touch can feel unbearable, while others may not even notice a cut on their foot.”

The study involved 32 men with autism with an average age of 27, who completed questionnaires on their sensory symptoms. They were compared to 27 men and women with an average age of 33 who did not have autism or any diseases that would affect their peripheral nerves. All of the participants had tests of their sensory nerves, including skin biopsies to look for damage to the small fibres in their nerves. Another test saw heat pulses applied to the skin, with the researchers looking at the electrical signals produced by the nerves to see how they respond to the heat.

“This indicates that the nerves have degenerated, similar to what happens for people with the condition of peripheral neuropathy, where the threshold for feeling the heat and other sensations is higher than for other people,” Dr Hsieh said.

The study also found that the response to touch in people with autism differed according to whether or not they had nerve fibre damage. People who had normal nerves were more likely to say they disliked being touched and were uncomfortable with some textures, while people with nerve fibre damage were more likely to say they preferred going barefoot and could be unaware that they had gotten scratched or bruised.

The researchers acknowledge that their study was small in size and that all of the participants with autism were male, so the results may not apply to everyone with autism. “If larger studies can confirm these results,” Dr Hsieh said, “it is possible that further insight into the peripheral nervous system could help us understand how this disorder develops and potentially light the way for treating these distressing sensory symptoms that most people with autism experience.”