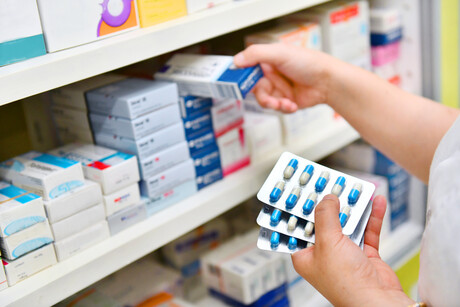 A multicentre study conducted by Swiss researchers has shown that a shorter-than-standard course of antibiotics can be equally effective, and helps limit the development of resistance as a result.

The increase in antibiotic resistance and the lack of new antibiotics is currently a major global health problem, with a reduction in the use of antibiotics appearing to be one of the only solutions to preserve their effectiveness and limit the emergence of resistance. But relatively long courses of treatment remain standard, even though they seem to be based on medical tradition rather than on sound scientific evidence. For example, in the case of the bloodstream infection bacteraemia it is common practice to automatically prescribe a 14-day course of antibacterial treatment, even if the patient’s condition improves rapidly.

“We randomly divided our sample into three groups,” said Werner Albrich, an infectious diseases physician at St. Gallen. “The first group, the control group, received the usual 14-day course of antibiotics. The second group received the same antibiotic, but only for seven days. The third group had their antibiotic duration determined individually, depending on each patient’s level of inflammation.”

Treatment of the third group required daily measurement of CRP — a protein present in the blood that marks inflammation — in a routine test that is carried out anyway in the case of bacteraemia. The scientists stopped the treatment course in the patients assigned to the third group as soon as their individual CRP level had dropped from its peak by 75%, while ensuring a minimum of five days of antibiotics.

The team’s results, published in the journal JAMA, showed that treatment across all three groups was equally effective. Indeed, they demonstrated that tailoring the antibiotic regimen to each patient’s individual characteristics and disease patterns would allow the drug dose to be reduced even further without loss of therapeutic benefit. Their work could thus lead to new recommendations aimed at promoting the rational use of antibiotics.

“The principle of ‘one size fits all’ is less and less true in medicine, and the characterisation of biomarkers of inflammation could lead to truly personalised treatments, while limiting the risk of resistance,” the study authors said. “As a first step, we can already recommend reducing the treatment of bacterial bloodstream infections to seven days.”