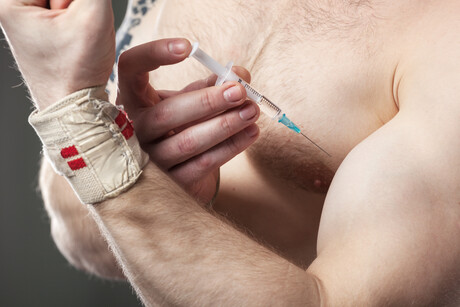 Norwegian researchers have suggested that anabolic androgenic steroids (AAS), a synthetic version of testosterone, can have deleterious effects on the brain, causing it to age prematurely. Their study appears in Biological Psychiatry: Cognitive Neuroscience and Neuroimaging.

AAS are sometimes used as a medical treatment for hormone imbalance but are more often used to enhance athletic performance or build muscle when paired with strength training. But while AAS use does increase muscle mass and strength, its use is known to have many side effects, ranging from acne to heart problems and increased aggression.

“Anabolic steroid use has been associated with a range of medical and psychological side effects,” said Dr Astrid Bjørnebekk, lead author of the study, from Oslo University Hospital. “However, since anabolic steroids have only been in the public domain for about 35 years, we are still in the early phase of appreciating the full scope of effects after prolonged use. The least studied effects are those that relate to the brain.”

Steroid hormones readily enter the brain, and receptors for sex hormones are found throughout the brain. Because AAS are administered at much higher doses than those naturally found in the body, they could have a harmful impact on the brain, particularly over a long period of use. Previous studies have shown that AAS users performed worse on cognitive tests than non-users.

Dr Bjørnebekk and colleagues performed magnetic resonance imaging (MRI) of the brains of 130 male weightlifters with a history of prolonged AAS use and of 99 weightlifters who had never used AAS. Using a set of data compiled from nearly 2000 healthy males from age 18 to 92 years of age, the researchers used machine learning to determine the predicted brain age of each of their participants and then determined the brain age gap: the difference between each participant’s chronological age and their predicted brain age. Advanced brain age is associated with impaired cognitive performance and increased risk for neurodegenerative diseases.

The researchers found that AAS users had a bigger brain age gap compared to non-users. Those with dependence on AAS, or with a longer history of use, showed accelerated brain ageing. The researchers accounted for use of other substances and for depression in the men, which did not explain the difference between the groups.

“This important study shows in a large sample that use is associated with deviant brain ageing, with a potential impact on quality of life in older age,” Dr Bjørnebekk said. “The findings could be directly useful for healthcare professionals, and may potentially have preventive implications, where brain effects are also included into the risk assessment for young men wondering whether to use anabolic steroids.”

Dr Cameron Carter, Editor of Biological Psychiatry: Cognitive Neuroscience and Neuroimaging, added, “The results of this brain imaging study should be of concern for athletes using anabolic steroids for performance enhancement and suggest that the adverse effects on behaviour and cognition previously shown to be associated with long-term use are the result of effects on the brain in the form of accelerated brain ageing.”