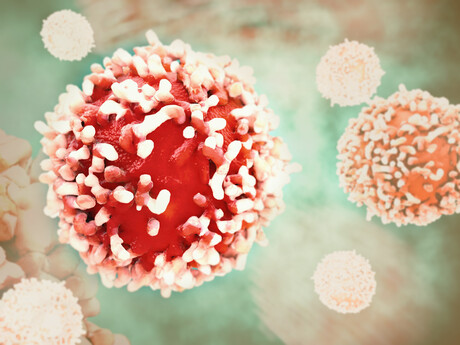 UK researchers have revealed that tumours can evade the immune system by telling immune cells to produce immunosuppressive steroids, publishing their results in the journal Nature Communications. The study found that removing a key steroid-producing gene, or switching it off with a drug, dramatically slowed the formation or progression of cancers in mice.

The immune system is extremely complex. While immune cells protect the body from tumours and infections, some chemicals produced in the body can dampen the immune system. This makes it much harder for the body to fight against cancer, so cancer immunotherapies that restore the activity of the immune system are urgently needed.

Scientists at the Wellcome Sanger Institute had previously found that some immune cells, known as T cells, produced steroids after an infection had passed, to reduce their activity back to low levels again. The researchers wanted to find out if tumour T cells could behave in the same way.

Working with the University of Cambridge and the Medical Research Council Cancer Unit (MCR CU), the researchers tested T cells from melanoma and breast tumours in mice, using single-cell RNA sequencing to see exactly which genes were switched on in each individual cell. They discovered that T cells from tumours did produce steroids, which could potentially reduce their effectiveness at battling the tumour.

“For the first time, we could see that mouse tumour T cells were producing immunosuppressive steroids, even though T cells from healthy mice didn’t,” said lead author Dr Bidesh Mahata, from the University of Cambridge and the Wellcome Sanger Institute.

“It appears that tumours could be instructing their T cells to produce steroids, which would then allow the tumours to evade the immune system and continue growing. This is a really exciting discovery as it means there might be a way of switching the steroid production off again to treat cancer.”

To test switching off the steroid production, the researchers worked with mice that were missing a key steroid-synthesis gene — Cyp11a1 — from their T cells. They discovered that whereas tumours developed rapidly in normal, wild-type mice, tumour growth was inhibited in these knockout mice, with any tumours being much smaller and slower to grow. They also showed that a drug that inactivates the Cyp11a1 protein, aminoglutethimide, reduced the tumours in normal mice.

“Using mouse models, we showed that preventing T cells from producing steroids made a huge difference to tumour growth, reducing it dramatically,” said MCR CU’s Dr Jacqui Shields. “We found that either removing the key gene, or preventing it from functioning with drugs, stimulated anti-tumour immunity. This suggests the steroid-production pathway could be a real contender in the search for drug targets for designing cancer immunotherapies, to help treat cancer patients.”

Senior author Dr Sarah Teichmann, from the Wellcome Sanger Institute, said preliminary data from human tissues suggests that the same tumour defence may happen in people; further research is thus required to show direct evidence in human cancer. If this is confirmed, she said, it might be possible to target this immunosuppressive pathway in future to switch the immune system back on.