What's the difference between mouse and human brain cells? 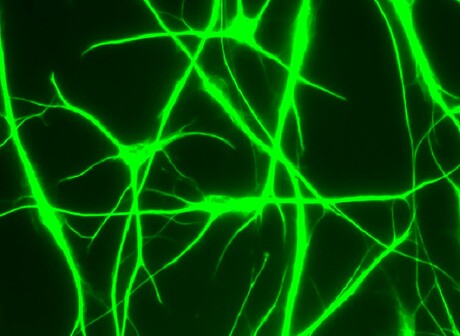 Researchers from the University of California, Los Angeles (UCLA) have conducted a study comparing brain cells known as astrocytes in humans and mice, finding that mouse astrocytes are more resilient to oxidative stress — a damaging imbalance that is a mechanism behind many neurological disorders.

The findings have implications for research into neurological disorders such as Alzheimer’s disease, Parkinson’s disease and amyotrophic lateral sclerosis — conditions whose underlying mechanisms include oxidative stress, lack of oxygen and excessive inflammation.

Although the mouse is a ubiquitous laboratory model used in research for neurological diseases, results from studies in mice are not always applicable to humans. In fact, more than 90% of drug candidates that show preclinical promise for neurological disorders ultimately fail when tested in humans, in part due to a dearth of knowledge about the differences in astrocytes and other brain cells between the two species.

Astrocytes are crucial to the development and function of the brain, and they play a substantial role in neurological disorders that, nonetheless, is not fully understood. Injury or infection causes astrocytes to go from a resting to reactive state in which they can aid in repairing the brain but can also increase detrimental inflammation.

The scientists studied developing cells purified from mouse and human brain tissue, as well as cells grown in serum-free cultures from astrocytes selected using an antibody-based method developed by the study’s corresponding author. This technique was necessary because the conventional method of selecting astrocytes by growing them in serum — a mixture of proteins, hormones, fats and minerals — throws them into a reactive state similar to that caused by infection or injury. With the researchers’ strategy, they were able to examine the astrocytes in a healthy state and in controlled conditions of oxidative stress, lack of oxygen and excessive inflammation.

Because mouse astrocytes stand up to oxidative stress better, the authors suggest that laboratory models for neurodegeneration could be engineered to lessen that resistance, rendering them more human-like. In addition, the mouse astrocyte’s facility for repair in response to lack of oxygen may suggest a new avenue of stroke research. Neuroscientists could also take a more informed approach to preclinical studies by accounting for differences in response to inflammation between mouse and human astrocytes, as well as metabolic differences identified in the study.