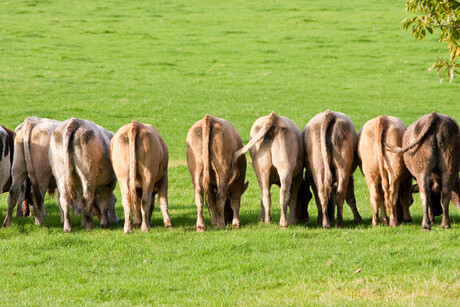 Scientists from Nanyang Technological University, Singapore (NTU Singapore) have shown that climate change is a stronger driver of increasing atmospheric methane than expected, causing the Earth to heat up more and faster than anticipated. Their results have been published in the journal Nature Communications.

Using data from the US National Oceanic and Atmospheric Administration (NOAA) and the World Data Centre for Greenhouse Gases, the NTU team analysed changes in the climate to identify the effects of temperature and rain on methane concentrations in the atmosphere over the last four decades, accounting for various processes in which rising temperatures amplify or slow down the rise in atmospheric methane on various time scales.

They found that a hotter year with higher methane emissions can be followed by a cooler year with slower methane removal. So, even though lower temperatures are expected to result in lower methane supply from microbes, the reduction in removal can still result in a net increase in methane concentration in the atmosphere. In particular, this phenomenon might occur following a hot year that saw severe wildfires.

The team concluded that the Earth could be both delivering more, and removing less, methane into the air than previously estimated, with the result that more heat is being trapped in the atmosphere. Based on their calculations, the scientists estimate that for every degree increase in global mean surface air temperature, the Earth will absorb an additional 0.08 watts of energy per square metre of surface due to net additional methane emissions. This is four times the estimate given by the Intergovernmental Panel on Climate Change (IPCC), suggesting that the Earth could be on course to warm up more and faster than anticipated.

The scientists said their findings could explain why the amount of methane in the atmosphere continues to reach historic highs, even when human-made methane emissions decreased during the COVID-19 pandemic in 2020. The findings also underline the pressing need to cut down methane emissions, the second-biggest greenhouse gas contributor to Earth’s warming — one that is 25 times more potent at trapping heat than carbon dioxide.

“Through looking at four decades’ worth of data, we found that nature could be producing more and consuming less methane than was previously realised,” said Cheng Chin-Hsien, first author of the study. “We put this down to delayed effects from nature’s interactions with methane emissions. This means that the recent sudden surge in methane emissions and the increase in warming could be a result of climate change years or even decades ago. Similarly, the full effect of rising temperatures today on the atmospheric methane concentration may only become more apparent in the decades to come.”

“Our results show that the links between methane and climate change have been underestimated,” added lead author Professor Simon Redfern. “We still have so much to learn about the complex interactions that drive climate change. The message from this study is clear and echoes what scientists have been calling for in recent years — that we need to cut back methane, as well as carbon emissions, to fight climate change.”