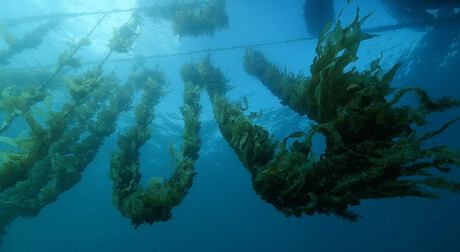 Australia’s emerging seaweed sector has launched a new peak body, the Australian Sustainable Seaweed Alliance (ASSA), to help accelerate industry growth towards its target of $100 million in production by 2025.

Launched in July, ASSA will work with industry members, government and research agencies to coordinate the establishment and growth of sustainable seaweed aquaculture. The Australian Seaweed Institute, CH4 Global, FutureFeed and the University of Tasmania (UTAS), as leaders in the development of seaweed aquaculture and bioproducts in Australia, have joined forces to set up ASSA, with support from AgriFutures Australia.

“Our vision for the Australian seaweed industry is for a high-tech and high-value, sustainable industry to support thriving oceans and coastal communities,” ASSA Chair Jo Kelly said. “We invite current and future seaweed investors, farmers and product creators to join ASSA and be part of an industry that delivers for people and planet.”

“It is essential that we fast-track the R&D needed to really show the potential in seaweed aquaculture and products, and the University of Tasmania is committed to support the industry with that,” added UTAS Associate Professor Catriona Macleod. “ASSA is key to making sure that research efforts are strategic, and that funding and resources are optimised — which is essential if we really want to kick-start this industry.”

The opportunity for an Australian seaweed industry is important from an economic, environmental and social impact lens. Just one of the native seaweeds found off the Australian coast, Asparagopsis, has been shown to reduce methane emissions from cattle to almost zero when added to their feed. This is significant given around 10% of greenhouse gas emissions in Australia come from the digestion process of cattle.

As the only IP holder globally for Asparagopsis, FutureFeed is proud to be a cornerstone partner in establishing ASSA as an industry leadership group. According to FutureFeed CEO Dr Regan Crooks, the company is committed to working with government, research and supply chain collaborators to achieve industry potential.

“ASSA is prioritising the establishment of a National Hatchery Network that will facilitate access to seedstock and the research capability to enable the industry to scale rapidly,” Crooks said.

“Commercial cultivation of Asparagopsis is the next step and there are groups both here in Australia and internationally who are making significant headway. We believe that with adequate investment and continued momentum, supported by groups like ASSA, we will see commercial quantities growing rapidly.”

The FutureFeed Asparagopsis solution is the result of a collaboration of CSIRO, Meat & Livestock Australia and James Cook University, and is supported by almost a decade of research by leading institutions around the world. CH4 Global is now working closely with FutureFeed on actually making environmental, economical and socially sustainable Asparagopsis aquaculture a reality.

The federal government has also boosted its investment in the seaweed sector, providing $59 million to fund the Marine Bioproducts Cooperative Research Centre (MB-CRC) over the next 10 years. Kelly said this funding will “be a critical enabler to increasing value and industry innovation”, noting that low-emissions animal feed is “just the tip of the iceberg” and that “research into bioproducts from native Australian seaweed species has potential to contribute to global health and nutrition while adding significant value to the Australian environment and economy”.

The funding comes a year after AgriFutures Australia released the Australian Seaweed Industry Blueprint, which outlines plans for a $1.5 billion Australian seaweed industry that could employ 9000 people and reduce greenhouse gas emissions by 10% in the coming decades. The blueprint also highlighted the role of state government aquaculture policy and access to ocean lease space as critical to support industry development. According to Kelly, “This is one of the big issues that ASSA will be working on to support our growers.”

Major opportunities identified by the report include:

“Seaweed offers a huge opportunity for Australia’s sustainable ocean economy and regional economic development,” Kelly said. “The blueprint identified a $100 million-plus opportunity for seaweed production over the next five years, with potential to scale to $1.5 billion over the next 20 years. This will create thousands of jobs in regional towns and reduce Australia’s national greenhouse gas emissions significantly.”