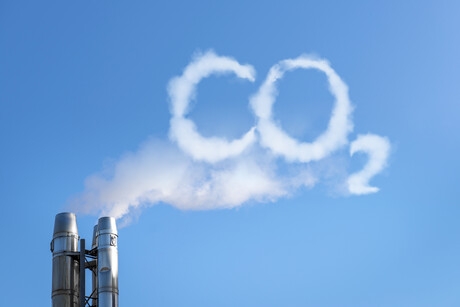 Scientists at TU Wien have created a new material, belonging to the class of perovskites, which can be used to convert carbon dioxide (CO2) into other substances. Their research has been published in the journal Applied Catalysis B: Environmental.

If CO2 emissions are to be successfully decreased, they must be converted into something else. However, as CO2 is a very stable molecule, this can only be done with the help of special catalysts. The main problem with such catalysts has so far been their lack of stability: after a certain time, many materials lose their catalytic properties.

At TU Wien, research is being conducted on a class of minerals known as perovskites, which have so far been used for solar cells, as anode materials or electronic components, rather than for their catalytic properties. Now TU Wien scientists have produced a special perovskite that is suitable as a catalyst for converting CO2 into other useful substances, such as synthetic fuels. The new perovskite catalyst is very stable and also relatively cheap, so it would be suitable for industrial use.

“We are interested in the so-called reverse water–gas shift reaction,” said Professor Christoph Rameshan, from the Institute of Materials Chemistry at TU Wien. “In this process, carbon dioxide and hydrogen are converted into water and carbon monoxide. You can then process the carbon monoxide further, for example into methanol, other chemical base materials or even into fuel.”

This reaction is not new, but it has not really been implemented on an industrial scale for CO2 utilisation. It takes place at high temperatures, which contributes to the fact that catalysts quickly break down. This is a particular problem when it comes to expensive materials, such as those containing rare metals.

Prof Rameshan and his team investigated how to tailor a material from the class of perovskites specifically for this reaction. He said, “We tried out a few things and finally came up with a perovskite made of cobalt, iron, calcium and neodymium that has excellent properties.”

Because of its crystal structure, the perovskite allows certain atoms to migrate through it. For example, during catalysis, cobalt atoms from the inside of the material travel towards the surface and form tiny nanoparticles there, which are then particularly chemically active. At the same time, so-called oxygen vacancies form — positions in the crystal where an oxygen atom should actually sit. It is precisely at these vacant positions that CO2 molecules can dock particularly well, in order to then be dissociated into oxygen and carbon monoxide.

“We were able to show that our perovskite is significantly more stable than other catalysts,” Prof Rameshan said. “It also has the advantage that it can be regenerated: if its catalytic activity does wane after a certain time, you can simply restore it to its original state with the help of oxygen and continue to use it.”

Initial assessments show that the catalyst is also economically promising. “It is more expensive than other catalysts, but only by about a factor of three, and it is much more durable,” Prof Rameshan said. “We would now like to try to replace the neodymium with something else, which could reduce the cost even further.”

Theoretically, you could use such technologies to get CO2 out of the atmosphere — but to do that you would first have to concentrate the CO2, and that requires a considerable amount of energy. It is therefore more efficient to first convert CO2 where it is produced in large quantities, such as in industrial plants.

“You could simply add an additional reactor to existing plants that currently emit a lot of CO2, in which the CO2 is first converted into CO and then processed further,” Prof Rameshan said.