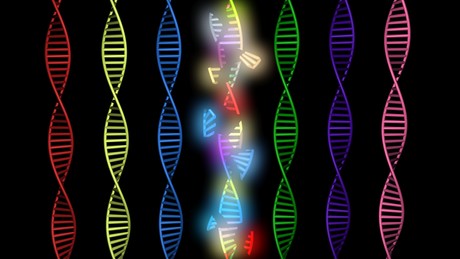 Nature constantly devises new enzymatic activities, tweaking the function and specificity of the protein catalysts that allow life to thrive.

Protein engineering — taking this process and harnessing it to build novel activities that are desirable from a technological or medicinal perspective — is an exciting area of research, recently recognised with the 2018 Nobel Prize for Chemistry.

One half of the Prize was awarded to Professor Frances Arnold from the California Institute of Technology “for the directed evolution of enzymes” and the other half jointly to George P Smith, University of Missouri and Sir Gregory P Winter, MRC Laboratory of Molecular Biology “for the phage display of peptides and antibodies”.

It’s also one of the key topics to be covered at the 44th Lorne Conference on Protein Structure and Function, to be held in Lorne, Victoria, from 10–14 February 2019. Nobel Laureate Professor Frances Arnold will deliver a special evening lecture on protein engineering, key developments and her contributions to the field.

Recent years have seen several important developments in the field of protein engineering. The first, and the discovery for which Professor Arnold was awarded the Nobel Prize, is directed evolution — a methodology by which proteins can be randomly mutated, screened for improvements, recombined and screened again in an iterative process. This has been shown to produce remarkable improvements in activity and stability of proteins and the possibility to devise enzymatic activities that have never been observed in nature. The second major advance, for which Professor Gregory Winter and Professor George Smith shared the Nobel Prize, has been in high-throughput screening methods, such as phage display, which have allowed enormous numbers of protein variants to be quickly screening for improved properties. For example, this has been instrumental in engineering new antibodies that can be used in the treatment of cancer or autoimmune disease.

Lastly, the increase in computational power and increasingly sophisticated algorithms have resulted in drastic improvements in the field of computational protein design, which allows tailor-made proteins to be created for a specific task, whether it be a novel enzyme to break down a toxin or a binding protein to sense changes in the environment.

At Lorne Proteins, this year is also unique in that there is a concurrent symposium, the first Lorne Satellite on Drug Discovery and Design, which has substantial overlap with the field of protein engineering. In particular, a number of engineered proteins are now making their way into the clinic as biotherapeutics.

Where does Australia stand?

The global protein engineering market is predicted to be worth over US$1bn by 2020, and is growing by up to 20% per annum. Australia has a presence in this industry, through companies such as CSL, but overall, is less advanced than other global centres, such as the USA, Europe and Asia. Much of the demand for engineered proteins is in health care, with many new antibody-based treatments having undergone some level of engineering. Of the top five best-selling drugs of 2017, four were ‘biologics’ (humira, enbrel, rituxan, herceptin). Engineered proteins, especially antibodies, have been shown to have particular value when used to treat chronic diseases. For example, humira (adalimumab) was successfully engineered to bind and block the Tumour Necrosis Factor alpha, and in doing so can be used to treat many autoimmune conditions, such as rheumatoid arthritis, ankylosing spondylitis and Crohn’s disease. There is also increasing demand for engineering enzymes in chemical manufacturing, environmental remediation, the production of biosensors and the food, beverage and textile industries.

There are many challenges in protein engineering still to overcome. As Professor Arnold notes in a recent review article in the Wiley journal Angewandte Chemie (International edition) “… designed enzymes don’t yet have the sophistication of nature’s products, and design struggles with the metals and other cofactors that drive so much interesting chemistry.” It is clear, however, that our increasing ability to conduct both directed evolutionary and computational design driven protein engineering studies means that these complications should soon be addressed. Professor Arnold sums up the prospect for protein engineering in her review: “A treasure trove of new enzymes is just waiting to be discovered and used for chemistry that we could only have dreamed of just a few years ago.”