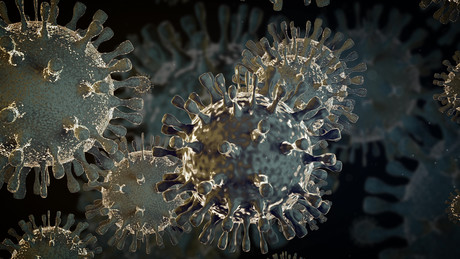 An investigation published by The BMJ raises fundamental questions about the transparency of information surrounding the safety of GlaxoSmithKline’s Pandemrix vaccine used in 2009–2010.

Internal safety reports from 2009 — unearthed as part of a lawsuit — suggest that GSK and public health officials were aware of a variety of serious adverse events logged in relation to Pandemrix, according to The BMJ’s Associate Editor Peter Doshi.

But it would seem neither GSK nor health authorities made the information public, neither during the H1N1 outbreak nor in the eight years since, according to The BMJ. Doshi learned of the reports from a colleague, Tom Jefferson, who was hired as an expert witness in a lawsuit alleging that Pandemrix caused the sleep disorder narcolepsy. Jefferson used the information to calculate adverse event rates per vaccine, which showed large differences between Pandemrix and other GSK pandemic vaccines.

The BMJ conducted its own analysis and found that Pandemrix had, proportionally, five times more adverse events reported than Arepanrix and another H1N1 vaccine manufactured by GSK.

The data are insufficient to draw cause-and-effect conclusions, but for Gillian O’Connor, the solicitor involved in the narcolepsy lawsuit, the disparity was “of such striking difference that any person contemplating taking the Pandemrix vaccine would be likely, if in receipt of this information, not to choose to have the Pandemrix vaccination”.

In many of the GSK reports, the company refers to having conducted “safety reviews”. The BMJ asked GSK for a copy of those reviews, but GSK did not provide them. Instead, the company said it “continuously evaluated all available safety data and shared the data with the European Medicines Association (EMA) and other regulatory authorities where the vaccine was licensed so that the authorities could conduct their own independent assessments”.

The BMJ also asked GSK whether it ever notified healthcare providers about the discrepancies in rate of adverse events between its products, whether it considered pulling Pandemrix from the market, or considered recommending Arepanrix or another company’s vaccine. But GSK declined to answer these and all of The BMJ’s questions, citing ongoing litigation.

The UK Department of Health also declined to comment on why it recommended Pandemrix over another company’s vaccine. What the EMA knew — or could have known — about the comparative safety of GSK’s pandemic vaccines is hard to discern, writes Doshi. The EMA told The BMJ that it “does not perform comparative benefit and risk evaluations between products approved in the EU, or between EU products and products approved or used outside the EU”.

These events raise fundamental questions about the transparency of information, and question whether drug and vaccine safety monitoring (known as pharmacovigilance) is fit for purpose, Doshi wrote.

For example, when do public health officials have a duty to warn the public over possible harms of vaccines detected through pharmacovigilance? How much detail should the public be provided with, who should provide it, and should the provision of such information be proactive or passive?

“If history were to repeat itself, does the public have a right to know?”