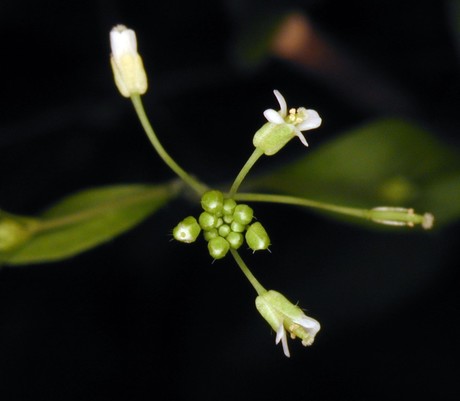 Renowned international plant biologist Keiko Torii will present the Annals of Botany Lecture at ComBio2018, a major Australian Society for Biochemistry and Molecular Biology (ASBMB) conference, held each year in association with other organisations. Here, she talks about stomatal development and the future of plant science.

Like many young biology students, Professor Keiko Torii was originally interested in medical sciences. However, the developments of plant genetic tools that became available when she was starting her undergraduate thesis in the 1980s drew her to plant sciences.

At the time, not much was known about the key genes and regulatory pathways underlying plant hormone signalling, leaf and flower development, etc, said Torii, who envisioned a bright future ahead for plant sciences. “I thought that we really need to learn about plants more; they are supporting our life and civilisation, yet we really don’t know much of their developmental mechanisms and, of course, their hidden beauty.”

Torii currently runs two laboratories, one in the US (Howard Hughes Medical Institute, University of Washington) and the other in Japan (WPI-ITbM, Nagoya University). Her research focus has been, and will continue to be, on understanding the signalling in plant development, more specifically, decision-making processes in plant cellular and tissue patterning. “Research in both laboratories echoes this central theme, yet using different approaches. My HHMI/UW lab focuses on understanding the cell-cell interactions and transcriptional program specifying plasticity, commitment and differentiation of stomatal precursor cells.

“Stomata are microscopic valves on the land plant epidermis critical for carbon fixation and water control. Plants use complex peptide signalling that leads to the decision-making process of which cells to become a stomatal precursor and when to differentiate, said Torii.” For the next 12–24 months, the Torii lab would like to advance live imaging techniques to visualise this process.

In 2013, Torii started running a lab in the new cross-disciplinary synthetic chemistry institute called Institute of Transformative Biomolecules (ITbM) in Japan. Her research ITbM is focused on creating a game-changing molecule to tackle remaining problems in plant signalling. “I am truly excited that, through collaboration with synthetic chemists, we were able to design and engineer artificial, orthogonal plant hormone-receptor pair and bi-functional ligands. We are currently applying our technologies from a model plant to crop species.”

To be or not be stomata

Keiko Torii is visiting Australia for the first time to attend the ComBio conference to be held at the International Convention Centre from 23–26 September. Torii will deliver the Annals of Botany Lecture at the conference and is also excited to meet other plant scientists and cell and developmental biologists during her visit. “I am planning to talk about our latest discoveries on the decision-making process for plant cells to be or not to be stomata. I am fortunate to give one short talk about a family of peptide hormones controlling diverse aspects of plant development.”

Cross-disciplinary, integrated approaches with physics, chemistry and computer science are the key to transforming the future of plant science, according to Torii. “If we are to understand how a plant responds to climate change, for instance, new insights could be drawn from integrated analysis of signal transduction, cellular response (from single cell genome dynamics, transcriptomics to post translational modifications), to whole plant physiology.”

Predictive modelling and phenotyping at diverse scales are needed, according to Torii. How to integrate overwhelming data collectively to understand how plants respond to their environment to adjust their development is still an exciting ongoing challenge, she said. Personally, I love the innovative chemical tools that enable us to visualise, probe and manipulate plant cellular response in real time, said Torii. “I strongly believe that collaboration with chemists, synthetic biologists, physicists and engineers (who develop new microscope platforms) are all important for transforming the future of plant sciences.”

Modern tools, such as CRISPR/Cas9, are making it possible to edit the genome DNA with speed and precision for crop plant improvements. “It is very disheartening, however, that we plant scientists are failing to convince the general public and policymakers about the importance and safety of the modern plant breeding techniques, including GMOs.

Torii is always thinking of ways to better share the excitement and importance of plant biology research. Advocating for evidence-based decision-making is a critical challenge for all scientific disciplines, according to Torii.

*Professor Keiko Torii, Investigator, Howard Hughes Medical Institute, and Endowed Professor of Biology at the Department of Biology, University of Washington in Seattle, USA. She also serves as Overseas Principal Investigator (since 2013) of the Institute of Transformative Biomolecules (WPI-ITbM), Nagoya University, Japan. Keiko Torii received BS, MS and PhD from University of Tsukuba, Japan. She has been at the University of Washington since 2000, where she takes an integrated approach to unravel the underlying principles of cell-cell interactions specifying fate decisions and developmental patterning in plants, with specific focus on stomatal development. Her group in WPI-ITbM harnesses synthetic chemistry to probe and manipulate signalling in plant development. Torii has received numerous recognitions, including the Elected Fellow of AAAS (2012), Elected member of the Washington State Academy of Sciences (2012), ASPB Fellows Award (2015), and most notably, the Saruhashi Prize (2015), which honours a Japanese female scientist each year for both scientific accomplishments and mentoring junior women scientists to break through obstacles.