Motors on a mission for NASA 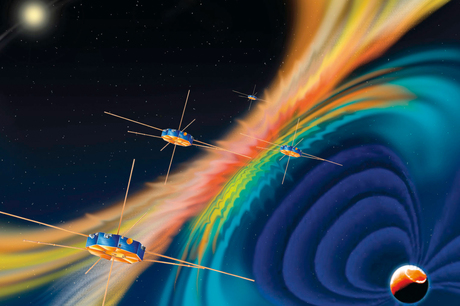 As part of NASA’s Magnetospheric Multiscale (MMS) research project, motors from FAULHABER are helping to examine the Earth’s magnetic field. The mission will, for the first time, provide a 3D image showing how near-Earth magnetic fields disconnect and reconnect.

The mission consists of four identical space probes, launched into space from Cape Canaveral on 12 March 2015, which are flying in various 3D formations in areas of the Earth’s magnetic field where magnetic reconnection takes place. This process causes the structure of a magnetic field to change explosively, releasing huge amounts of energy, and is a decisive factor in ‘space weather’, which in turn affects communications satellites in orbit and electronic equipment on Earth.

Once in orbit, each probe sent out four spherical magnetic field sensors tethered to the probe by 48 m-long cables in order to cover a large measuring range. The cables are unwound by FAULHABER stepper motors as soon as the spacecraft reach their target area.

“You don’t get a second chance in space flight,” said Michaël Raymond from FAULHABER PRECISTEP in La Chaux-de-Fonds, Switzerland. “The devices on board the probe must perform their task with absolute reliability. For this reason, NASA carried out a special audit on our production and was convinced that our motors satisfy its high requirements in every respect.” 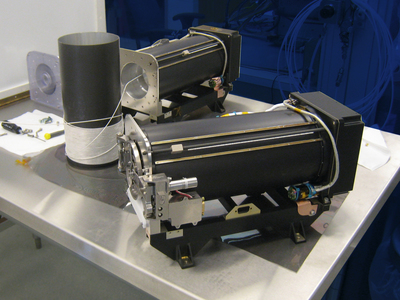 These requirements included high performance at a very low weight — every gram counts when a rocket is launched — and in as compact a design as possible. The motor and precision gearhead are just longer than 56 mm, yet the unit generates up to 0.5 Nm at the output shaft.

To ensure that they could operate perfectly in space, the ball bearings of the motors and the gearwheels of the gearheads were lubricated with a special lubricant which can also fulfil its function in a vacuum and at extremely low temperatures. Furthermore, the units comprising the motor and gearhead were given vent holes to allow the air trapped in the housing to escape when they left the Earth’s atmosphere so that unwanted differences in pressure were avoided.

The Jet Ball by Phenosys is a novel virtual reality experimental system based on an air...

The Illumina Nextera Flex for Enrichment is a targeted sequencing solution.

CerePlex Exilis from Blackrock Microsystems is a lightweight, wireless digital head stage that...