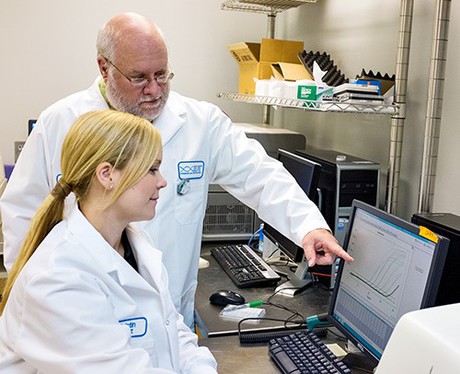 Integrated DNA Technologies (IDT), USA, and Ubiquitome, New Zealand, have collaborated on the development of technology that can detect the Ebola virus in the field. The companies’ assay and PCR device will be used to detect Zaire ebolavirus, the species involved in the 2013–2015 West African Ebola outbreak.

The goal of point-of-care diagnostic testing is to help stop disease transmission, especially in remote locations, and to facilitate improved patient outcomes. But IDT Scientific Writer Dr Maureen Young explained that it can be difficult to distinguish Ebola virus from other infectious diseases, and while current diagnostic tests are accurate, they are time-consuming and complex.

“They also create challenges related to sample storage and transportation, laboratory biosafety and staff expertise in performing the assays,” Dr Young said. “Having access to simple, rapid and accurate viral testing in remote villages would be extremely useful for quelling this epidemic as the number of new cases decreases, and will be important for detecting future outbreaks.”

With this goal in mind, Ubiquitome CEO Dr Paul Pickering is spearheading a project to develop an RT-qPCR assay to be run on the Ubiquitome Freedom4 real-time PCR device. The instrument eliminates the need for sample preservation and transportation to a laboratory-based testing facility — it can simply be brought to remote locations for use during time-sensitive, public health situations.

The Freedom4 processes four reactions (sample plus negative, positive, and extraction controls) in approximately 1 h and is controlled by an iPhone or laptop. It uses laser-based optics that are configured to excite fluorescent dyes at 473 nm and detect emission signals in the range of 510–600 nm, making the instrument compatible with fluorescent-based assays, including either SYBR Green (used in intercalating dye assays) or FAM fluorescent dyes (used in 5′ nuclease probe-based assays).

IDT scientists Kristin Beltz and Dr Scott Rose, along with Dr Brian Taylor and his team at R&D organisation Battelle, designed and validated the IDT PrimeTime qPCR Assay. The 5′ nuclease-based assay has a PCR efficiency of 98.9% and uses ZEN Double-Quenched Probes, which are said to exhibit lower background and higher signal than traditional single-quenched probes in qPCR assays.

Battelle showed that the sensitivity of the assay is comparable when run on the Freedom4 and a traditional, benchtop PCR system. Based on an unpaired t test, there was no significant difference in the detection of 1000 copies and 500 copies/reaction between the two instruments. In tests of human blood samples spiked with different viral RNAs, the assay had high specificity for Zaire ebolavirus and did not amplify two other Ebola virus strains or five other viral pathogens known to be present in Africa.

The Freedom4 and the PrimeTime Ebola qPCR Assay are being submitted to the US FDA for Emergency Use Authorization.

The Jet Ball by Phenosys is a novel virtual reality experimental system based on an air...

The Illumina Nextera Flex for Enrichment is a targeted sequencing solution.

CerePlex Exilis from Blackrock Microsystems is a lightweight, wireless digital head stage that...