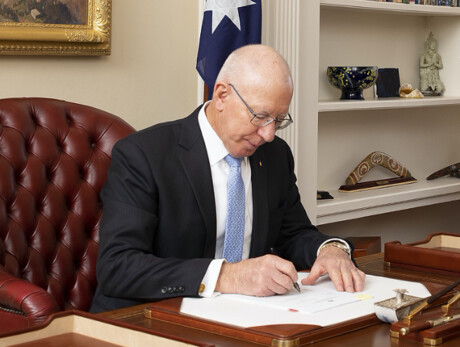 The Convention, originally signed by seven countries in March 2019, establishes the SKA Observatory — the intergovernmental organisation responsible for building and operating the SKA telescopes. Under the Convention, Western Australia will host more than 130,000 antennas and South Africa 200 dishes, allowing astronomers to view the cosmos in more detail than ever before.

The Australian component of the SKA, SKA-Low, is set to be the world’s most sensitive low-frequency radio telescope. Hosted at CSIRO’s Murchison Radio-astronomy Observatory and planned to move into the construction phase in mid-2021, the project is expected to generate hundreds of millions of dollars in economic activity for Australia over the next decade, according to Minister for Industry, Science and Technology Karen Andrews.

“Australians should be proud that our country will be a host of the world’s largest scientific instrument, which will help shape our understanding of the beginning of the universe,” Andrews said.

“Not only does the project further cement Australia’s reputation for science and research and boost our international standing in radioastronomy, it also has the potential to create 200 construction jobs in regional Western Australia and Perth and a further 100 permanent positions.

“Additionally, Australia will play a leading role in developing new digital capabilities to process the unprecedented volumes of data produced by the SKA, with the potential for these processes to support other manufacturers.”

Western Australian Minister for Science Dave Kelly said the ratification marks an important milestone for the SKA Observatory Convention and for Western Australia’s role in co-hosting what has been described as one of the biggest science projects in human history.

“Australia’s ratification of the convention enhances Western Australia’s position as a global hub for radioastronomy, and will offer significant economic and job creating opportunities for the state,” Kelly said.

“Just over a decade ago we had a handful of astronomers working in WA and now there are around 135 astronomers, 25 engineers and 25 data scientists working in WA on the SKA project and in astronomical research, with more to come.”

Australia is the fourth country to complete its national process of ratification, joining the Netherlands, Italy and South Africa. With the UK expected to complete its ratification in the coming weeks — the fifth and final country whose ratification is required — it is hoped the SKA Observatory will come into being before the end of the year.

“I am delighted that Australia has ratified the SKA Observatory Convention,” said SKA Director-General Professor Philip Diamond. “Australia’s commitment to the SKA has been steadfast since the early days of the project. We are now in the very strong position to push forward, with both our telescope host countries having completed the ratification process.”

A new test could help reduce the high mortality rate from ovarian cancer by dramatically...

Vets have developed a diagnostic point-of-care kit that is claimed to detect the deadly Hendra...