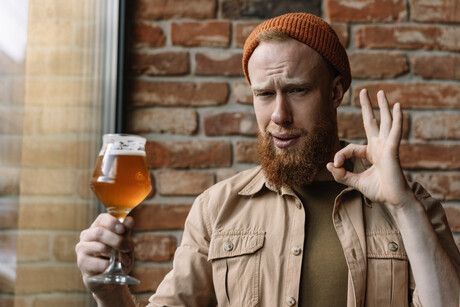 In news that is sure to make beer snobs feel vindicated, Australian researchers have discovered that craft beer is more unique when compared to mass-produced brews.

Assoc Prof Schulz and PhD candidate Edward Kerr used a technique called mass spectrometry proteomics to identify, quantify and characterise the proteins in 23 different styles and brands of beer. Their study was completed in collaboration with The University of Melbourne and Newstead Brewing Company, and has been published in the journal Scientific Reports.

“Our initial assumption was that there would be a difference between different styles of beers, such as lagers, pale ales, IPAs and stouts, but the results proved otherwise,” Assoc Prof Schulz said.

“Surprisingly, it was only when we targeted our analysis on a single brewery to remove any variation that we found any differences between beer styles. Proteins from yeast make craft beers distinct from beers from larger breweries — which may be due to different process scales or to different styles of yeast.”

“Crisp, malty and bitter flavours and floral and fruity aromas are perhaps the first descriptions that come to mind when describing beer, but other sensory factors are just as important,” he said. “An attractive, stable head of foam and smooth, creamy mouth-feel are also essential, but-often-overlooked, elements of a great beer.”

The ‘beer proteome’ — or the full set of proteins in a beer — is critical in controlling these factors, and is dependent on the ingredients, the yeast used for fermentation and the overall beer-making process.

“Our research looked at what proteins are present and how much there is of each protein,” Kerr said. “Essentially, a mass spectrometer measures the mass of a molecule, allowing us to then match these experimentally measured masses to a theoretical list of proteins, identifying which are present and measuring the abundance of each.  When we considered these features, we could clearly distinguish the profiles of different beers and different breweries.”

With only 23 beers studied, there’s more research to do, but Kerr said the findings would prove beneficial in future beer-making processes.

“We’re excited about using these techniques to understand and improve the beer-making process for non-barley gluten-free beers and with different types of yeast,” he said.