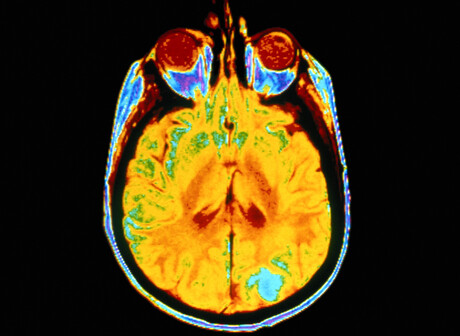 Researchers from the Korea Advanced Institute of Science and Technology (KAIST) have developed a new algorithm for brain imaging data analysis that enables the precise and quantitative mapping of complex neural circuits onto a standardised 3D reference atlas. Published in the journal Cell Reports, the algorithm has proved to be widely applicable in the studies of various brain regions and other experimental conditions.

Conventional brain imaging data analysis typically begins with finding a 2D brain atlas image that is visually similar to the experimentally obtained brain image. Then, the region of interest (ROI) of the atlas image is matched manually with the obtained image, and the number of labelled neurons in the ROI is counted.

Such a visual matching process between experimentally obtained brain images and 2D brain atlas images has been one of the major sources of error in brain imaging data analysis, as the process is highly subjective, sample-specific and susceptible to human error. Manual analysis processes for brain images are also laborious; studying the complete 3D neuronal organisation on a whole-brain scale is therefore a formidable task.

KAIST researchers Jun Ho Song and Woochul Choi exploited these benefits to investigate the topographic organisation of neurons that project to the primary visual area (VISp) in various ROIs, such as the dorsal lateral geniculate nucleus (LGd), which could not be addressed without proper calibration and standardisation of the brain slice image samples. The researchers managed to successfully observe the 3D topographic neural projections to the VISp from LGd, and also demonstrated that these projections could not be observed when the slicing angle was not properly corrected by AMaSiNe. The results suggest that the precise correction of a slicing angle is essential for the investigation of complex and important brain structures.

“Our new algorithm allows the spatial organisation of complex neural circuits to be found in a standardised 3D reference atlas on a whole-brain scale,” Professor Paik said. “This will bring brain imaging data analysis to a new level.

“More in-depth insights for understanding the function of brain circuits can be achieved by facilitating more reliable and standardised analysis of the spatial organisation of neural circuits in various regions of the brain.”

Researchers have found two new mammogram-based measures for breast cancer risk, which could...