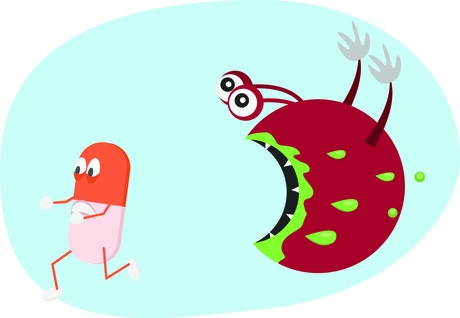 To counter drug resistance, scientists create new drugs to ‘fit’ new mutations and thus kill the cancer cell or pathogen. Now engineers at The Pennsylvania State University have developed a new approach for predicting which mutation has expanded the most in a population and should be targeted to design the most effective new drug. Their work has been published in the journal Cell Reports.

The need to design new drugs that overcome resistance is crucial to fight a mutated virus in a population of people or a mutated protein that causes drug resistance in a population of tumour cells. As explained by Assistant Professor Justin Pritchard, “Traditionally, drug developers target the most resistant mutation — the one that completely negates a drug’s effect — assuming it will be the most prevalent.”

However, Asst Prof Pritchard and his team’s computer models have revealed that mutations that have a weaker resistance to the drug can also expand to be the most prevalent in a population of cells. In that case, the mutant that is more prevalent — even if less resistant — would need to be targeted to have the greatest effect at treating the disease.

The group tested their approach on mutating cancer cells. In a study of mutations that arose in leukaemia patients before and after drug treatment, they found that the mutation that most strongly blocked the effect of the original leukaemia drug was not the most common. Instead, a less resistant mutant had expanded to become the most prevalent in the tumour cells. In that case, a new drug targeting the more moderately resistant mutant would be the most effective at targeting the most leukaemia cells.

“Similar proteins can be made using slightly different genetic codes,” Asst Prof Pritchard said. “Our model found that the slight differences caused certain versions of the resistance proteins to be made more efficiently by the cell’s machinery. In the case of leukaemia, that type of bias caused the less resistant protein to be the most widely spread in the leukaemia cell population.” Thus, though it has a weaker effect, the protein’s ubiquity in the population made it more dangerous than the most resistant but less prevalent mutant.

“The leukaemia result demonstrated that mutation bias will drive prevalence when drug resistance does not, and verifies that this modelling approach could be extremely useful for designing a drug that would have the best effect in leukaemia patients,” Asst Prof Pritchard said. The team also found similar results with breast, prostate and stomach cancers, although the effect was not as striking as in the leukaemia analysis.

The researchers are continuing to refine their model with the aim of incorporating this type of information into the process of rational drug design. The approach could significantly improve the ongoing challenge of developing drugs that combat resistant cancers, as well as resistant bacterial and viral infections that occur when diseases spread throughout a population.

A PhD student at the University of Canterbury has been working on computational algorithms that...

AI can identify cancerous cells by their acidity

Researchers have developed a technique that uses machine learning to determine whether a single...

The crappifier takes high-quality images and computationally degrades them, so that they look...