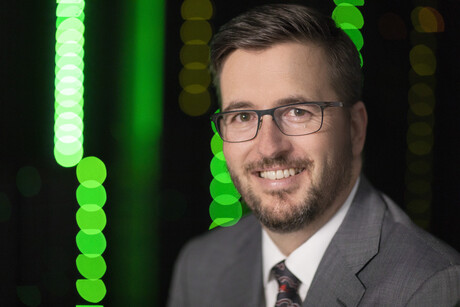 The Pawsey Supercomputing Centre has selected Hewlett Packard Enterprise (HPE) to deliver its new supercomputer, as part of the biggest upgrade to the Pawsey computing infrastructure since the centre opened in 2009. The new supercomputer will be at least 10 times more power efficient than its predecessors, Magnus and Galaxy, while delivering 30 times more compute power — up to 50 petaFLOPs.

The supercomputer will be built using the HPE Cray EX architecture, featuring significantly increased compute power and more emphasis on accelerators with future-generation AMD EPYC CPUs and AMD Instinct GPUs, and including expanded data storage capabilities with the Cray Clusterstor E1000 system. HPE was selected as the preferred vendor under a $48 million agreement following a thorough tender process led by CSIRO, the centre agent for Pawsey, based on energy efficiency, cost and HPE’s integrated hardware and software solution.

“Supercomputers like those at Pawsey are increasingly crucial to our ability to conduct world-class, high-impact research,” said Mark Stickells, Executive Director at the Pawsey Supercomputing Centre. “The upgrades we’re announcing are a critical move in strengthening Australia’s position in the global research environment and playing a part in major global research projects, from helping in the fight against COVID-19 to working with the precursor telescopes to the Square Kilometre Array. The new supercomputer will not only deliver next-generation compute power to meet these growing requirements, it will enable entirely new research projects with global reach and impact.”

Dr Chenoa Tremblay, Postdoctoral Fellow in Dark Magnetism at CSIRO, said, “We’re using Pawsey’s existing supercomputers to help scan more than 10 million stars and analyse hundreds of terabytes of data to search for molecules that provide potential evidence of extraterrestrial life. Doing this on my laptop would take 25 years, so having the power of the new supercomputer will help bring our research timelines from years down to days, giving us the power we need to analyse hundreds of thousands of images quickly.”

Pawsey has worked closely with the Australian research community to inform the upgrade process and is working to help the research community prepare for the new supercomputer’s capabilities and make the most of its increased performance. Phase 1 of the upgrade, available by Q3 2021, will provide a 45% increase in raw compute power in one-fifth of the size of the Magnus and Galaxy systems. Full commissioning of the system will occur by Q2 2022.