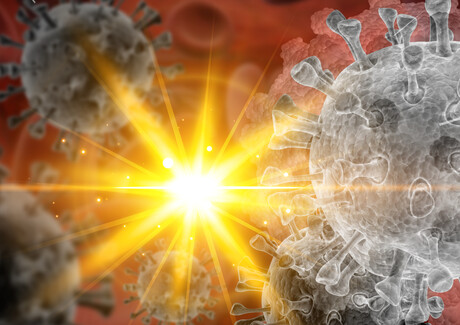 Multiple new studies have confirmed that UV-C light can kill coronaviruses including SARS-Cov-2, with some researchers now working on solutions to keep consumers safe from UV-C radiation’s harmful effects.

Ultraviolet germicidal irradiation has long been an accepted disinfection method in medical fields. The light breaks down, or inactivates, viruses and bacteria at a core level.

Earlier this year, a Princeton University study found UV-C effective at disinfecting both steel surfaces and fabrics of SARS-CoV-2. Now global lighting company Signify, together with the National Emerging Infectious Diseases Laboratories (NEIDL) at Boston University, has validated the effectiveness of its own UV-C light sources on the inactivation of the virus.

Dr Anthony Griffiths and his team at Boston University School of Medicine treated inoculated SARS CoV-2 material with different doses of UV-C radiation coming from a Signify light source and assessed the inactivation capacity under various conditions. The team applied a dose of 5 mJ/cm2, resulting in a 99% reduction of the SARS-CoV-2 virus in six seconds. Based on the data, it was determined that a dose of 22 mJ/cm2 will result in a reduction of 99.9999% in 25 seconds.

“Our test results show that above a specific dose of UV-C radiation, viruses were completely inactivated: in a matter of seconds we could no longer detect any virus,” Dr Griffiths said.

“We’re very excited about these findings and hope that this will accelerate the development of products that can help limit the spread of COVID-19.”

Signify CEO Eric Rondolat added, “Boston University has validated the effectiveness of our light sources as a preventive measure for companies and institutions as they seek ways to provide virus-free environments.

“Given the potential of the technology to aid the fight against the coronavirus, Signify will not keep the technology for its exclusive use but make it available to other lighting companies. To service the growing need for disinfection we will increase our production capacity multifold in the coming months.” 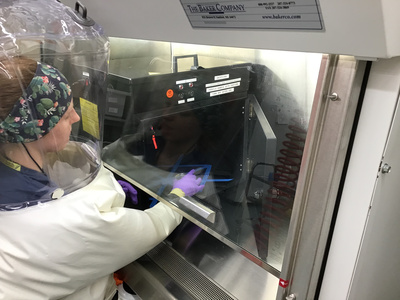 Meanwhile, Melbourne-based lighting design company Brightgreen has conducted a successful trial of its own UV-C ceiling lights, designed to kill viruses in schools, office and hospitality venues during overnight disinfection cycles. This is because direct exposure to conventional germicidal UV-C light (254 nm wavelength) can cause skin and eye damage to those exposed, meaning it is not possible in occupied public spaces.

Brightgreen CEO David O’Driscoll claims that his company’s germicidal system has now mitigated this risk by linking the lights to presence monitors and by making the system fully automated. Following trials of the system’s safety precautions and ultraviolet capabilities in Melbourne, O’Driscoll said that all safety measures performed as expected. The germicidal system’s timing was fully automated, and the system checked room occupancy and locked the doors prior to activation. Signage outside the room indicated that a disinfection cycle was in operation, and the system immediately shut down if the doors were opened or motion was detected.

The company is now working with Gangi Germicidal Systems to ensure that all installs are tested for both safety and compliance with Australian standards. O’Driscoll concluded, “We’re hoping these lights alleviate fears people are experiencing as they consider returning to workspaces.” 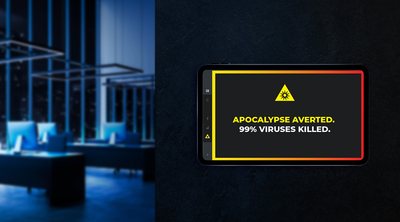 Finally, researchers from Columbia University Irving Medical Center found that more than 99.9% of seasonal coronaviruses present in airborne droplets were killed when exposed to a particular wavelength of ultraviolet light that is safe to use around humans, meaning it would not need to be deployed overnight. Their research was published in the journal Scientific Reports.

Looking for a way to continuously and safely disinfect occupied indoor areas, Columbia researchers have been investigating far UV-C light (222 nm wavelength) as an alternative to conventional UV-C light. Far UV-C light cannot penetrate the tear layer of the eye or the outer dead-cell layer of skin and so it cannot reach or damage living cells in the body. It had also previously been shown by the researchers to safely kill airborne influenza viruses; the new study extends their research to seasonal coronaviruses, which are structurally similar to SARS-CoV-2.

The researchers used a misting device to aerosolise two common coronaviruses. The aerosols containing coronavirus were then flowed through the air in front of a far UV-C lamp. After exposure to far UV-C light, the researchers tested to see how many of the viruses were still alive.

The researchers found that more than 99.9% of the exposed virus had been killed by a very low exposure to far UV-C light. Based on these results, they estimate that continuous exposure to far UV-C light at the current regulatory limit would kill 90% of airborne viruses in about 8 min, 95% in about 11 min, 99% in about 16 min and 99.9% in about 25 min. This suggests that it may be feasible and safe to use overhead far UV-C lamps in occupied indoor public places to markedly reduce the risk of person-to-person transmission of coronaviruses, as well as other viruses such as influenza.

“Far UV-C light doesn’t really discriminate between coronavirus types, so we expected that it would kill SARS-CoV-2 in just the same way,” said lead author Dr David Brenner, Director of the Center for Radiological Research at Columbia University Irving Medical Center. “Since SARS-CoV-2 is largely spread via droplets and aerosols that are coughed and sneezed into the air, it’s important to have a tool that can safely inactivate the virus while it’s in the air, particularly while people are around.

“Because it’s safe to use in occupied spaces like hospitals, buses, planes, trains, train stations, schools, restaurants, offices, theatres, gyms and anywhere that people gather indoors, far UV-C light could be used in combination with other measures, like wearing face masks and washing hands, to limit the transmission of SARS-CoV-2 and other viruses.”

Solubility functions by a group of rules that determine how dissolvable a substance (solute) is...

Researchers have developed a method that fast-tracks the passage of biopharmaceuticals from the...

The rise in demand for face masks has led to global shortages and makeshift solutions. But are...