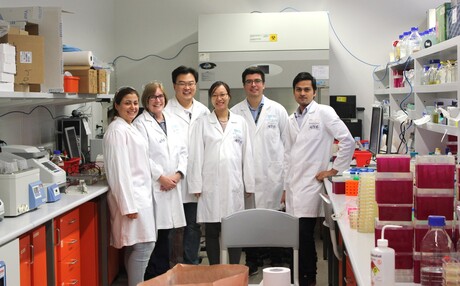 The Australian Museum Eureka Prizes, claimed to be Australia’s most comprehensive national science awards, have been awarded once again, honouring excellence across the areas of research and innovation, leadership, science engagement and school science.

Presented annually in partnership with some of the nation’s leading scientific institutions, government organisations, universities and corporations, the Eureka Prizes raise the profile of science and science engagement in the community by celebrating outstanding achievement.

Since the prizes were established in 1990, a total of 434 Eureka Prizes and more than $4 million in prize money have been awarded. This year’s prize winners can be found below.

The NSW Bushfire Hub undertook extensive research into the devastating Black Summer bushfires, with their findings addressing major knowledge gaps relating to droughts, fuel dynamics and the social and environmental impacts of the fires.

Professor Julie Bines is leading the development of RV3-BB, a safe, effective and affordable newborn rotavirus vaccine that will prevent rotavirus gastroenteritis from birth, potentially saving thousands of lives.

ANSTO Eureka Prize for Innovative Use of Technology

The team developed a breakthrough bioprinting system that can rapidly produce 3D cell structures with apparently unprecedented cell viability and tuneability — a game changer for cancer research and therapeutic development.

Dr Emma Camp’s discovery of corals thriving in extreme conditions is informing new adaptive management solutions in both Australia and abroad. She is developing improved management strategies for coral reefs worldwide, while using her work as a platform to advocate for action on climate change.

By combining a secure operating system with novel hardware architecture, the Cross Domain Desktop Compositor team has defied the trend of increasing complexity in computing technologies to enable a new method for keeping sensitive information secure from internet attacks.

Eureka Prize for Leadership in Innovation and Science

Dr Dana M Bergstrom has championed evidence-based science in biodiversity, biosecurity and the impacts of climate change. Skilled at science translation and distilling complexity, she has led the exploration of ecosystem collapse from Australia’s tropics to Antarctica.

The Australian Microplastic Assessment Project (AUSMAP) is a national citizen science program in which participants are educated on the prevalence of microplastics around our waterways and trained to collect scientifically valid data that is used to design effective mitigation strategies for plastic pollution.

In 2020, a little-known field of science was behind pandemic policies that upended life as we knew it. In ‘Role Models in a Time of Pandemic’, published by Cosmos, Dr Dyani Lewis explains how the fledgling discipline of mathematical disease modelling grew into the influential field it is today.

Through mediums including prime-time television, groundbreaking podcasts and a popular children’s book about gravity, Dr Niraj Lal has increased understanding and appreciation of science among Australians of all ages.

‘Patient Zero’, published by ABC Radio National, tells stories of disease outbreaks: where they begin, why they happen and how we found ourselves in the middle of one. From the early days of the COVID-19 pandemic to medical mysteries of the past, this eight-part series provides a new lens through which to view pandemics.

Corey Tutt and Team DeadlyScience are committed to increasing STEM participation among Indigenous Australians. Together, they have provided thousands of culturally appropriate science resources to schools in remote communities and connected nearly 10,000 young Indigenous people with mentors.

If a super volcano erupted, the impacts would be widespread and catastrophic. In their film ‘Super Volcanoes’, Scarlett and Scarlett demonstrate the science behind these high-magnitude eruptions and explain how they could be used as a source of power, providing green energy for future generations.

In ‘Rewilding Earth’, Jonathan discusses the implications of climate change and investigates how enhancing biodiversity could help address this pressing issue. Through a series of interviews, he shares community concerns about the future of climate change then draws on research to explain the process of rewilding.