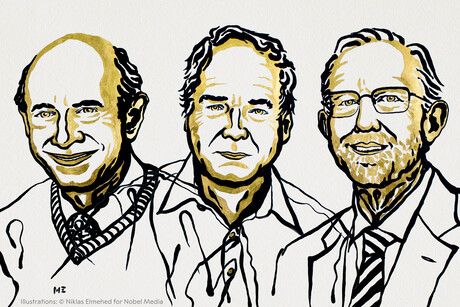 Not even a pandemic could stop the 2020 Nobel Prizes, which are as usual recognising some extraordinary achievements over the course of a week from 6–12 October.

The Nobel Assembly at Karolinska Institutet has decided to award the 2020 Nobel Prize in Physiology or Medicine jointly to Harvey J Alter, Michael Houghton and Charles M Rice (top right), three scientists who have made a decisive contribution to the fight against blood-borne hepatitis — a major global health problem that causes cirrhosis and liver cancer in people around the world.

The Royal Swedish Academy of Sciences has decided to award the Nobel Prize in Physics 2020 to Roger Penrose, Reinhard Genzel and Andrea Ghez for their discoveries about one of the most exotic phenomena in the universe: the black hole. 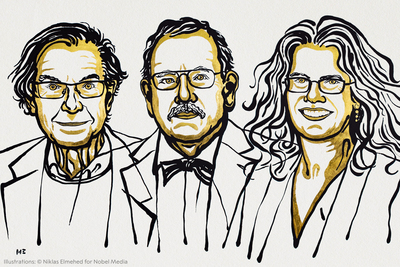 Penrose received one half of the prize for his discovery that black hole formation is a robust prediction of the general theory of relativity, with his groundbreaking study still regarded as the most important contribution to the general theory of relativity since Einstein. The other half was jointly awarded to Genzel and Ghez, for discovering that an invisible and extremely heavy object governs the orbits of stars at the centre of our galaxy — and a supermassive black hole is the only currently known explanation.

Finally, The Royal Swedish Academy of Sciences has decided to award the Nobel Prize in Chemistry 2020 to Emmanuelle Charpentier and Jennifer A Doudna for discovering one of gene technology’s sharpest tools: CRISPR/Cas9 genetic scissors, with which researchers can change the DNA of animals, plants and microorganisms with extremely high precision. 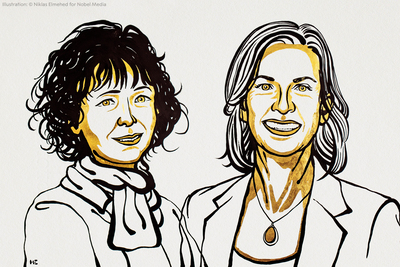 Researchers need to modify genes in cells if they are to find out about life’s inner workings. This used to be time-consuming, difficult and sometimes impossible work. Using the CRISPR/Cas9 genetic scissors, it is now possible to change the code of life over the course of a few weeks. The genome editing technology has had a revolutionary impact on the life sciences, is contributing to new cancer therapies and may make the dream of curing inherited diseases come true.

The Nobel Prizes in Literature, Peace and Economic Sciences will be announced in the coming days. The traditional award ceremony, usually held at Konserthuset Stockholm in December, will be replaced with a digital ceremony held from Stockholm City Hall, with medals and diplomas handed over to the laureates safely in their home countries.