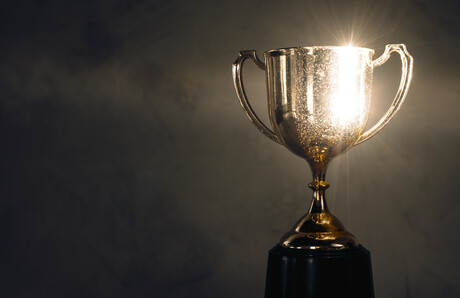 The Nobel Prizes are this year celebrating their 120th anniversary, with several new laureates being announced during the week of 4–11 October.

The Nobel Assembly at Karolinska Institutet has decided to award the 2021 Nobel Prize in Physiology or Medicine jointly to David Julius and Ardem Patapoutian for their discoveries of receptors for temperature and touch, identifying critical missing links in our understanding of the complex interplay between our senses and the environment.

Julius utilised capsaicin, a pungent compound from chili peppers that induces a burning sensation, to identify a sensor in the nerve endings of the skin that responds to heat. Patapoutian meanwhile used pressure-sensitive cells to discover a novel class of sensors that respond to mechanical stimuli in the skin and internal organs. These discoveries launched intense research activities leading to a rapid increase in our understanding of how our nervous system senses heat, cold and mechanical stimuli, which is essential for survival and underpins our interaction with the world around us.

The Royal Swedish Academy of Sciences has decided to award the 2021 Nobel Prize in Physics for two groundbreaking contributions to our understanding of complex physical systems. One half of the prize has gone to Syukuro Manabe and Klaus Hasselmann, for the physical modelling of Earth’s climate, quantifying variability and reliably predicting global warming, and the other half to Giorgio Parisi, for the discovery of the interplay of disorder and fluctuations in physical systems from atomic to planetary scales.

In the 1960s, Manabe led the development of physical models of the Earth’s climate and was the first person to explore the interaction between radiation balance and the vertical transport of air masses, laying foundations for the development of current climate models. About 10 years later, Hasselmann created a model that links together weather and climate, thus answering the question of why climate models can be reliable despite weather being changeable and chaotic. He also developed methods for identifying specific signals that both natural phenomena and human activities imprint in the climate. Meanwhile, Parisi discovered hidden patterns in disordered complex materials which make it possible to understand and describe many different and apparently entirely random materials and phenomena — not only in physics, but also in areas such as mathematics, biology, neuroscience and machine learning.

The Royal Swedish Academy of Sciences has decided to award the 2021 Nobel Prize in Chemistry to Benjamin List and David WC MacMillan, for their development of a precise new tool for molecular construction: organocatalysis.

Catalysts are fundamental tools for chemists, but researchers long believed that there were, in principle, just two types of catalysts available: metals and enzymes. List and MacMillan, independent of each other, developed a third type of catalysis in 2000, which builds upon small organic molecules and has since developed at an astounding speed. List and MacMillan remain leaders in the field and have shown that organic catalysts can be used to drive multitudes of chemical reactions, enabling researchers to more efficiently construct anything from new pharmaceuticals to molecules that can capture light in solar cells.

The Nobel Prizes in Literature, Peace and Economic Sciences will be announced in the coming days.

The Professional Scientists Employment and Remuneration Report found that over 70.6% of...