Gene therapies may not be commercially viable: GlobalData 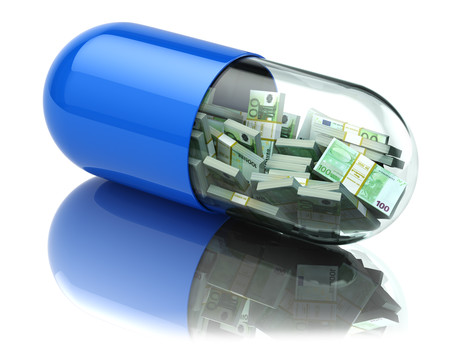 Gene therapies stand to benefit patients immensely, but according to data and analytics company GlobalData, there are questions about their commercial viability for pharmaceutical companies.

After decades of research, advances in genomics research coupled with DNA sequencing and editing technologies have paved the way for new one-off cures, known as gene therapies, to diseases that have long plagued humankind. They differ from typical drugs because they seek to cure diseases in a single treatment, as opposed to treating disease symptoms continuously over time.

However, a recent Goldman Sachs biotech report stated that curing patients outright was not a sustainable business model and would instead hurt long-term profits. It suggested that if drug companies hope to recoup the cost of R&D, these single-treatment gene therapies need to carry hefty price tags.

In December 2017, the US Food and Drug Administration (FDA) approved Spark Therapeutics’ single-treatment gene therapy Luxturna (voretigene neparvovec-rzyl), which is capable of replacing a patient’s mutated RPE65 gene, to prevent progressive vision loss. However, the high price of treatment ($850,000) triggered an investigation by the Institute for Clinical and Economic Review (ICER), resulting in a report that suggested the price of Luxturna should be 75–82% lower to meet commonly accepted cost-effectiveness thresholds.

Furthermore, after a strategic review of its rare disease unit in April 2018, GlaxoSmithKline found that commercialisation of its portfolio of approved and investigational rare disease gene therapies is difficult. The company subsequently agreed to sell them to London start-up Orchard Therapeutics for a 19.9% stake.

“This move indicates a lack of confidence in sustaining a profitable business model in the realm of curing rare disease,” said Dr David Brown, Healthcare Analyst at GlobalData. “It is currently unclear whether gene therapy pipelines will produce sustainable revenue in the long term.”

The Goldman Sachs report suggested three major avenues for companies to pursue for their gene therapy products: target large value markets; target diseases with high incidence; and place a high priority on innovation and portfolio expansion. Along these lines, Novartis has acquired AveXis, the developer of AVXS-101, which treats spinal muscular atrophy, for $8.7 billion.

“This portfolio expansion into the gene therapy space strengthens Novartis’s position with regards to future acquisitions,” said Brown. “If Novartis’s gene therapy is approved, it will be important to keep an eye on what its price point is and whether payers are capable of adapting to and supporting these types of therapies.”

Professor Mark Febbraio won the award for leading the development of a potential new treatment...