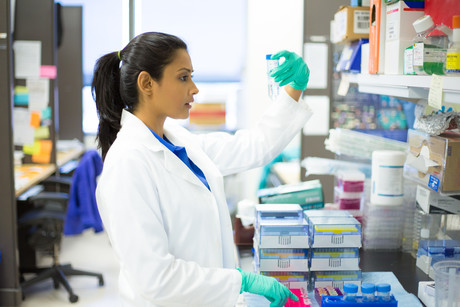 A new report by the Australian New Zealand Clinical Trial Registry, housed in NHMRC Clinical Trials Centre at the University of Sydney, reveals favourable insights into clinical trials in Australia — an area that receives more than $1 billion of investment each year.

“Clinical trials are an essential part of an effective and efficient healthcare sector, and a vital strategy in ensuring better health for all Australians,” said Associate Professor Lisa Askie, director of Systematic Reviews and Health Technology Assessment at the NHMRC Clinical Trials Centre.

“They ensure that the best treatments, to both prevent and treat illness, are assessed rigorously before being implemented into routine care.

The report found that a total of 5.2 million people have participated in Australian clinical trials registered from 2006 to 2015. Just under half (45%) of these trials had some kind of industry involvement, either as a funding source, primary sponsor, secondary sponsor or other collaborator.

Cancer has been the most frequently studied health issue in recent Australian clinical trials at 18%, followed by mental health (10%) and cardiovascular conditions (12%). Trial activity in mental health has grown particularly steadily since 2006, and trials registered each year in this area have outnumbered trials for all other health conditions, except cancer, since 2010.

Measured against the relative ‘burden of disease’ represented by the top National Health Priority Area conditions, cardiovascular disease has seen fewer trials than would be expected but significantly more participants. For mental health, the number of trials is close to what would be expected, but the total number of trial participants is lower. Meanwhile, some areas of high disease burden, such as dementia and obesity, remain under-represented.

Clinical trials in Australia assess multiple types of interventions, including drug treatments (47%), surgery (4%), medical devices (10%), behavioural therapies (10%) and prevention strategies (11%). The range of activity includes large, multicentre, phase 3 trials likely to have an impact on clinical practice directly, as well as early-phase trials testing novel therapies or interventions that may become the new best treatments of tomorrow. Australia ranks towards the middle of comparable nations in terms of clinical trial activity on a per capita basis, above Canada and Ireland, for example, and below Sweden and New Zealand.

More than $1 billion is invested in Australian clinical trials each year by both government and industry — an investment that is said to represent great value for money. For example, a recent joint report by the Australian Clinical Trials Alliance and the Australian Commission on Safety and Quality in Health Care showed that in investigator-initiated trials conducted within trial networks, for every $1 invested there was a greater than $5 return on investment. Several other studies have demonstrated significant return on investment and improved health outcomes in systems with high clinical trial research participation.

“The information contained within this report will help consumers, clinicians, industry, universities and those in the healthcare sector to better prioritise, plan and perform clinical trials,” said Professor Askie.

“This will lead to innovation and efficiency, and will help improve the health of all Australians.”

Professor Askie suggested that prioritisation of trials in future “should be based on factors such as disease burden or gaps in health outcomes between different populations, and include those areas with the potential to have a greater impact and return on investment”.

“For example, clinical trials targeting interventions in the perinatal or early childhood period could be important in terms of lifetime benefits.”