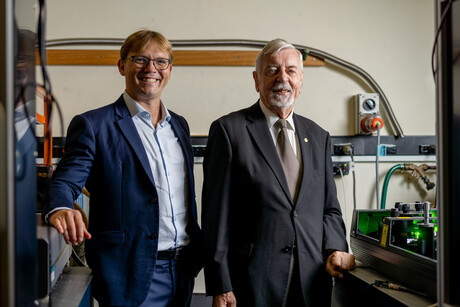 Laser fusion energy company HB11 Energy has been awarded a $22 million project to develop the next-generation high-power lasers needed to create a multibillion-dollar nuclear fusion energy industry in Australia, and to export this capability to the world.

The news comes just weeks after HB11 demonstrated what it claims to be a world-first ‘material’ number of fusion reactions by a private company, producing 10 times more fusion reactions than expected based on earlier experiments. The company’s results were published in the journal Applied Sciences, and they demonstrate non-thermal fusion of hydrogen and boron-11 using high-power lasers — an approach which differs radically from most other fusion efforts to date that require heating of hydrogen isotopes to millions of degrees.

The demonstration thus overcomes a technical hurdle that has held the field back for decades and prevented most other fusion companies from demonstrating any fusion reactions. The results also show great potential for clean energy generation: hydrogen–boron reactions use fuels that are safe and abundant, don’t create neutrons in the primary reaction so cause insignificant amounts of short-lived waste and can provide large-scale power for base-load grid electricity or hydrogen generation.

“The demonstration of fusion reactions alone is incredibly exciting,” said Dr Warren McKenzie, co-founder and MD of HB11. “But on top of this, the unexpectedly high number of reactions additionally gives us important information about how to optimise our technology to further increase the fusion energy we can create.

“Creating this fusion energy will achieve wonders in the way of safe, clean and abundant energy for the whole world.”

For nuclear fusion to have commercial applications, it must create a net energy gain whereby the energy output of a reaction significantly exceeds the energy input required to catalyse it. HB11’s research demonstrated that its hydrogen–boron energy technology is now four orders of magnitude away from achieving net energy gain when catalysed by a laser. This is many orders of magnitude higher than those reported by any other fusion company, most of which have not generated any reaction.

The project was performed at the LFEX petawatt laser facility at Osaka University due to the lack of a local high-power laser facility; at the time, McKenzie said that local development of the technology would require “significant investment in our sovereign capability, including having a petawatt laser in Australia”. Now, it appears that such investment has arrived.

The funding for HB11’s $22 million project forms part of a $50 million Trailblazer grant awarded by the Australian Government to the University of Adelaide and UNSW under the ‘Defence Trailblazer for Concept to Sovereign Capability’ bid, and comprises a $6 million grant and $16 million in contributions from partners. HB11 will assist with the proof of concept as well as the development of the petawatt laser technology.

“We could not be more pleased with the outcome of this grant, and to have supported the submission made by the University of Adelaide and UNSW,” McKenzie said.

“The nuclear fusion energy industry alone could create billions in economic value for Australia, as long as we continue to see significant investment from Australian investors and governments.

“If HB11 Energy’s research program is successful, it will place Australia at the heart of an industry deploying the only truly safe, scalable and extremely low-cost future energy.

“On this journey, there is also a new multibillion-dollar industry to be built in both manufacturing these lasers and developing their applications in industries such as clean energy, health, manufacturing, quantum computing and many others. This Trailblazer grant opens a fantastic opportunity for Australia to lead these new industries and capture new advanced manufacturing opportunities that will grow from them.”

The winners were selected from nearly 800 images submitted from 49 countries around the world.

The theme chosen for this year's prize is 'Innovation to achieve economic, environmental,...