Over 2700 stem cell scientists in Melbourne this week 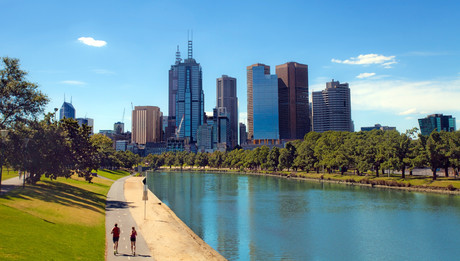 More than 2700 stem cell scientists from 50 countries are in Melbourne this week for the 16th Annual Meeting of the International Society for Stem Cell Research (ISSCR).

The ISSCR Annual Meeting is the world’s largest meeting focused on stem cell research. Presentations span the breadth of the field, including topics such as cell-based disease modelling; gene editing and gene therapy; neural, cardiac, blood and other developmental systems and their diseases; and potential breakthrough therapies currently being tested in clinical trials; among others.

Over the four-day meeting at the Melbourne Convention and Exhibition Centre delegates will hear from over 150 speakers discussing the latest discoveries and technologies within the field of stem cell research, and how they are advancing regenerative medicine. Highlights include:

Douglas Melton, USA — Fighting type one diabetes with stem cells
Doug Melton will report on a way to use stem cells to produce the massive quantities of insulin-producing beta cells needed to treat people with diabetes, including life-threatening type 1 diabetes, which his two children have. Doug will share his lab’s work towards providing human islet cells for diabetics and find ways to thwart immune rejection so that patients no longer require blood checks and insulin injections.

Michele De Luca, Italy — How new skin from genetically modified stem cells saved a refugee boy’s life
Michele De Luca and Graziella Pellegrini led the team that developed genetically engineered stem cells to produce sheets of disease-free skin cells to save the life of a seven-year-old Syrian refugee who has ‘butterfly skin’, the genetic disease Epidermolysis Bullosa that leaves his skin as fragile as a butterfly’s wings. Now living with his family in Germany, Hassan is able to attend school, play soccer and live a full life.

Other topics to be covered include how a stem cell eye patch may lead to cures for blindness; how chemicals control stem cells: to stop Zika, to become a pancreas or to prevent cancer; what humans can learn from axolotls about tissue and nerve regeneration; tracing blood back to its beginnings to tackle leukaemia; and rewriting the ‘code of life’ and the future of gene editing.

Megan Munsie will also receive the 2018 ISSCR Public Service award in recognition of her significant contribution for many years in outreach to the public and advocacy to policymakers around issues associated with stem cell science and its translation to the clinic.

The meeting runs from 20–23 June and is being hosted by the Australasian Society for Stem Cell Research (ASSCR) with the support of stem cell active institutions and companies across the country and the generous support of the state government and the Melbourne Convention Bureau.

Melissa Little, President of ASSCR and Program Leader of Stem Cells Australia, is the Program Committee Chair for this meeting and has worked tirelessly with her committee members and ISSCR staff to bring this exciting event to Australia. Australia is the only country outside of North America to have hosted this meeting more than once since its inception in 2002.

Ernst Wolvetang has recreated the brain cells of a patient who had a recently discovered disease so that scientists can study it, improve treatments and maybe one day cure it. Ernst will the share the science of ‘Massimo’s Mission’. When the parents of then toddler Massimo Damiani found out he had a rare and unknown degenerative genetic condition of the brain, they set about getting a specific diagnosis. Their search led to the discovery of a new disease. Ernst has taken Massimo’s skin cells, turned them into stem cells, and then into brain cells. Massimo died peacefully in late 2017, but he leaves a legacy of lab-grown brain cells for testing treatments and improving their function.

Michele De Luca and Graziella Pellegrini have seen their work lead to patients regaining eyesight after 20 years of blindness. And it’s said to have led to the world’s first non-blood-related commercial stem cell therapy. The researchers will outline their 25-year journey to take their idea for a new therapy from concept through to an approved treatment for limbal stem cell deficiency, a form of blindness caused by heat or chemical burns.

Deepak Srivastava wants to break the vicious cycle of heart failure, where the loss of heart muscle from a heart attack leads to higher risk of further attacks and damage. So far, adult stem cells have had limited potential to turn into new heart muscle cells. But the heart is only half muscle. Deepak is turning his attention to the other half — the support cells called fibroblasts that help repair wounds and form scars around damaged tissue. He will share the results of his experimental work that introduced three genes into the injured hearts of mice, coaxing the fibroblasts to convert to new muscle cells that synchronised with the rest of the heart, improving its function.