More than half of post-surgery antibiotic prescriptions are inappropriate 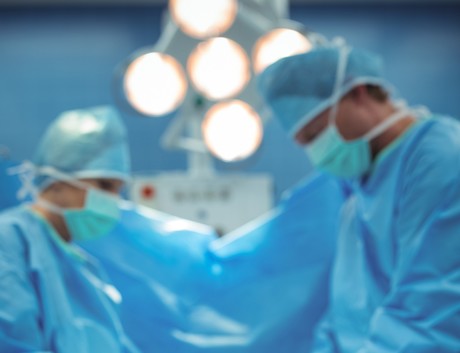 More than half (60%) of antibiotics given to patients after surgery to prevent infections are prescribed inappropriately, usually because they are not required at all — a situation that may be contributing to the rise of antibiotic resistance. That’s according to the Surgical National Antimicrobial Prescribing Survey (SNAPS), an annual survey of antimicrobial prescribing for the prevention of infections (prophylaxis) in surgical settings across Australian hospitals.

The survey, conducted between April and November 2016, analysed 4507 surgical episodes across 67 hospitals in Australia.

The survey found that over 43.4% of antibiotics given to patients before or during surgery to prevent postoperative infections fall short of good prescribing practice in at least one respect, according to the survey. The most common failing is that the antibiotic is given at the wrong time.

Professor Karin Thursky, director of the National Centre for Antimicrobial Stewardship, said this type of review “enables participating hospitals to reflect on opportunities to improve the safety and quality of antimicrobial use”.

“We strongly recommend that all Australian hospitals participate in the SNAPS in 2018 as part of their quality improvement activities,” Professor Thursky said.

Professor John Turnidge, senior medical advisor at the Australian Commission on Safety and Quality in Health Care, said antibiotics “allow us to perform complex and vital surgical procedures, but we must make sure they are used appropriately and only when they are really necessary”.

“This is a critical patient safety issue,” Professor Turnidge said.

Resistance to antibiotics and other antimicrobials is recognised globally as a critical threat to public health. Overuse and inappropriate use of these medicines is a key factor contributing to bacteria and other pathogens becoming unresponsive to even the strongest drugs.

The results of SNAPS have been communicated to all 67 participating hospitals to facilitate local quality-improvement initiatives and published as part of the Antimicrobial Use and Resistance in Australia (AURA) Surveillance System.

SNAPS provides an opportunity for healthcare organisations and surgeons to work together to ensure that surgical prophylaxis is prescribed in accordance with evidence-based therapeutic guidelines. The survey was developed to provide a more detailed assessment of prescribing practice and to permit comparisons. Earlier Hospital NAPS surveys have shown that giving patients antibiotics before surgery to reduce the risk of postsurgical infections — called ‘surgical prophylaxis’ — is the most common reason for antimicrobial use in Australian hospitals.