Public trust in scientists rose during the pandemic 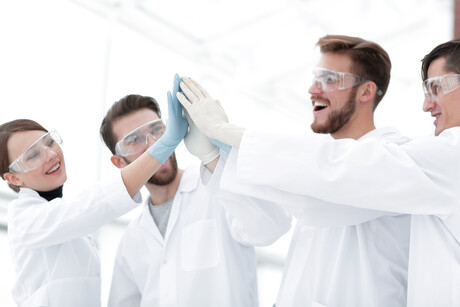 During the COVID-19 pandemic, more than three-quarters of people globally said they trust science (80%) and scientists (77%) either “a lot” or “some”, according to the Wellcome Global Monitor — the largest global survey of how people think and feel about science. The survey found that levels of trust in scientists have increased since 2018, sitting on par with trust in doctors and nurses.

Notably, people who said they trust in science and scientists a lot rose by nine percentage points since the 2018 survey — 41% and 43% respectively (on par with doctors and nurses at 45%). In every country surveyed, however, only a minority of people said that government leaders valued the expertise of scientists a lot.

Conducted by Gallup World Poll, the Wellcome Global Monitor asked more than 119,000 people in 113 countries and territories, aged 15 years and over, about their views on science during the pandemic. Carried out between August 2020 and February 2021, the survey offers an insightful snapshot of the impact of COVID-19 on people’s lives at a time when science was in the public eye like never before.

People’s trust in a number of institutions rose slightly between 2018 and 2020, including in doctors and nurses, charity workers, journalists and national governments, while their trust in people in their neighbourhood declined slightly. Other key findings include:

“The COVID-19 pandemic has thrust scientists into the spotlight, where they have provided information and guidance affecting the day-to-day lives of billions of people,” said Lara Clements, Associate Director, Public Engagement & Campaigns at Wellcome. “In both 2018 and 2020, we saw a link between people’s perceived knowledge of science and their trust in science. As the pandemic has brought science into more people’s lives, it is perhaps no surprise that people’s trust in science and scientists has risen so much.”

Governments of course have a vital role in implementing scientific recommendations, so the Wellcome Global Monitor asked people’s view on whether their governments value scientific advice. Findings included:

“Trust has always been intrinsic to public health, and success can only be achieved when communities are open to and readily understand the science,” Clements said. “This vast dataset can offer huge potential to learn how the public relate to science.”

“Although this report provides a snapshot of views in 2020, prior to successful vaccines or licensed treatments, it’s vital that we can listen to — and understand — people’s views,” added Beth Thompson, Associate Director, Policy at Wellcome. “These can help design more sustainable, collaborative and equitable solutions to end the pandemic and tackle other urgent global health challenges.”

The full report is available to view at https://wellcome.org/reports/wellcome-global-monitor-covid-19/2020.

Govt grants and scholarships to support women in STEM

The Australian Government is offering grants of up to $1m and also supporting new scholarships to...

Recipients across seven categories share $750,000 in prize money and have the opportunity to...

An anti-competitive environment is impacting the supply chain