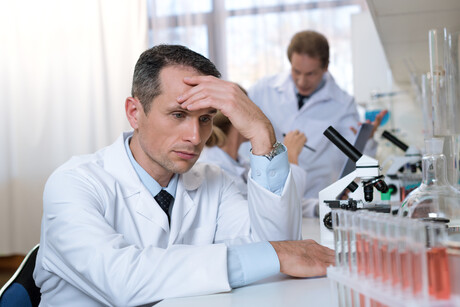 A new report by Professional Scientists Australia and Science & Technology Australia (STA) has revealed the enormous toll the COVID-19 pandemic has taken on the nation’s scientists, with widespread job insecurity, a spike in workloads and fatigue, and devastating job losses found to be eroding the morale of Australia’s science workforce at a time when we need it most.

The latest edition of the Professional Scientists Employment and Remuneration Report, run every year to gather data on salaries and workplace conditions, found that over 70.6% of scientists said worker fatigue had increased — a significant jump on last year’s survey result of 54.6% — while 62.5% reported that staff morale had declined in their organisation, compared with 45.8% last year.

“The COVID-19 pandemic, lockdowns, the difficulties of managing COVID restrictions in the workplace and balancing home and work life have all taken an extraordinary toll.

“Over the last 18 months as we’ve battled through the pandemic, we’ve relied on our scientific community more than ever before.

“We owe them a considerable debt of honour for their vital work.”

Professional Scientists Australia President Katie Havelberg said that in addition to fatigue, a key contributor to low organisational morale was the amount of unpaid overtime expected of Australia’s scientists.

“More than half of the scientists we surveyed said they received no compensation either financially or in time off for additional hours worked,” she said.

“This was particularly acute in the education sector, such as universities, where almost of 80% of respondents reported they received no compensation for additional work.”

Havelberg said that the scientific community’s contribution to protecting our health and ensuring Australia can reopen its economy safely after mass vaccination was immeasurable.

“It is absolutely critical that we as a society acknowledge that incredible contribution and sacrifice by making sure Australia’s scientists are looked after in return,” she said.

“That means workplaces where scientists are supported with good working conditions, reasonable hours of work and fair pay, including remuneration for all hours worked.”

STA CEO Misha Schubert added, “There’s a huge risk that many more of our brilliant scientists will hit breaking point and just walk away if we don’t fix this broken system of insecure work.

“We need stronger investment in science, such as a $2.4 billion Research Translation Fund, and much greater job security for scientists to avert a disastrous loss of talent and pursue a science-led recovery.”

The full report can be found here.

Professor Mark Hutchinson has commenced as President of Science & Technology Australia while...

L'Oréal supports women in STEM, but more needs to be done

The L'Oréal-UNESCO For Women in Science Australia & New Zealand Fellowships have...

Research to improve bone marrow transplantation and to use computer science to understand how...