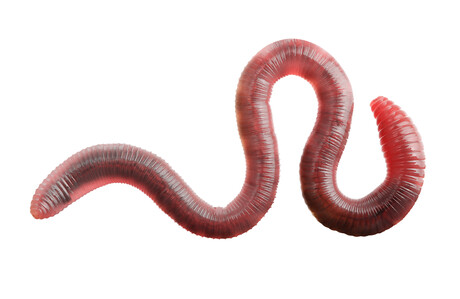 Vibrating a slightly inebriated earthworm on a subwoofer speaker in a rural Victorian backyard shed has landed Dr Ivan Maksymov and Andrey Pototsky, both from Swinburne University of Technology, the 2020 Ig Nobel Physics Prize.

Run out of Harvard University and presented by Improbable Research, the satirical Ig Nobel Prizes have been awarded every year since 1991 for research that first makes people laugh, then makes them think. The Swinburne researchers won the Ig Nobel Physics Prize for determining, experimentally, what happens to the shape of a living earthworm when one vibrates the earthworm at high frequency.

The Swinburne study was inspired by a hypothesis from a Danish scientist that the human brain not only functions using nerved-based electric pulses, but also acousto-mechanical (or soundwave) signals. The results of the vibrating worm experiment, published in the journal Scientific Reports, thus open up the opportunity to explore new ways of interacting with the brain.

“The ability to excite nonlinear subharmonic body waves in a living organism could be used to probe, and potentially to control, important biophysical processes such as the propagation of nerve impulses, thereby opening up avenues for addressing biological questions of fundamental impact,” the researchers wrote.

The experiment was conducted in Dr Maksymov’s backyard shed due to the COVID-19 lockdown in Victoria. He added, “Earthworms were used because they are cheap, don’t require ethics approval, and their axons are somewhat similar to mammalian nerve fibres. Plus, one can easily anaesthetise a worm using vodka.”

The Physics Prize was one of 10 Ig Nobel Prizes awarded in 2020, all of which were presented virtually via webcast. Other 2020 awards were as follows:

Leveraging the power of simplicity

Telehealth: Critical Connectivity is only a product away