Australia’s oldest medical research institute, the Walter and Eliza Hall Institute (WEHI), has unveiled its new state-of-the-art $185 million research facility. The redevelopment was funded through contributions from the Victorian and Australian governments, The Atlantic Philanthropies and a number of philanthropic organisations and individuals. Consulting firm Arup was involved in the realisation of the facility. 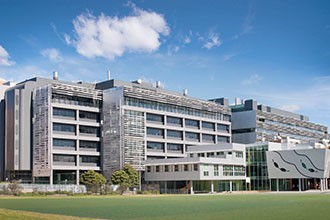 The facility was opened by the Premier of Victoria, Ted Baillieu; the Federal Parliamentary Secretary for Health and Ageing, Catherine King; Walter and Eliza Hall Institute staff; and several cancer survivors who have benefited from an institute discovery made 25 years ago.

The Ian Potter Centre for Genomics and Personalised Medicine is Australia’s first research centre devoted to matching disease treatments to a person’s genetic make-up. Institute director Professor Doug Hilton said the centre aimed to study disease so that treatments could be tailored specifically to individuals.

The Clinical Translation Centre is designed to make it easier for clinicians to train or work in the translation of research. The centre will help the institute improve patient outcomes by expediting the development of research discoveries into new treatments. Through a new walkover into The Royal Melbourne Hospital, the centre is easily accessible to clinicians and clinician-scientists from hospitals and other research organisations.

Arup’s role as structural engineers, facade engineers, civil engineers and acoustic consultants helped the institute match its building needs to those of the researchers working in the building. Working within the constraints of the site and existing building, Arup was able to provide the institute with more flexible spaces and a long future for the facilities. The company’s facade engineers have created facade elements which control the efficiency of the building systems within the facility, while also providing maximum daylight, minimising glare and providing a new image for the institute.

Arup provided acoustic design for all spaces within the research laboratory project as well as controlling environmental noise in an exceptionally sensitive precinct. In order for the structure to comply with strict vibration criteria for sensitive equipment used in the buildings, Arup seamlessly integrated the new and old building, making them appear as one new state-of-the-art facility. The company was also able to provide improved acoustic performance in the new enlarged lecture theatre.

The institute’s floor space has now more than doubled, with links to the original building via a series of walkways. An additional 270 researchers have been employed since the upgrade started in 2008; a further 200 staff and students are now being recruited.

“One of the skills needed by modern research scientists is to understand what it takes to convert a scientific discovery into a viable medicine,” Professor Hilton said. “We hope this new research facility will not only see us continue to unearth new scientific discoveries, but help more people benefit from our work.”