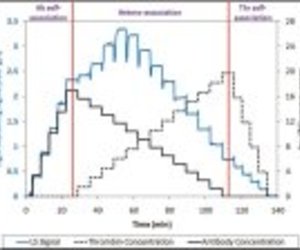 The Calypso offers the capability of determining both the affinity and binding stoichiometry for macromolecules in solution with no need for immobilisation or tagging, which may influence the interaction. This is demonstrated in a new application note, titled Measuring Antibody-Antigen Interactions with the Calypso, which is available for free download via www.wyatt.com/files/literature/Calypso-Measuring_Antibody-Antigen_Interactions.pdf.

Antibody-antigen binding, hormone-receptor interactions and many other common biomolecular interactions occur at stoichiometries other than 1:1.

Conventional separation techniques, such as size exclusion chromatography MALS (SEC MALS) and field flow fractionation MALS (FFF MALS) have been extensively used to study interactions; however, they are associated with certain important limitations. As the molecules become separated in the course of dilution and fractionation, they no longer interact. Additionally, upon reaching the detectors, the molecules are often not in equilibrium, neither are they in a well-defined kinetic state.

The application note illustrates how Calypso complements traditional MALS separation techniques, keeping the molecules in close proximity to probe their interactions. The analyser was used in conjunction with an online UV/Vis concentration detector and the company’s Dawn Heleos MALS instrument to provide rapid and precise measurements of the interaction between an anti-thrombin antibody (Ab) and human thrombin a (Thr). The equilibrium dissociation constant determined by the system agreed well with the manufacturer’s data as measured by ELISA. In addition, both thrombin and the antibody exhibited no propensity for self-association, a finding that could not be evaluated by conventional ELISA.

Calypso employs a series of unfractionated samples of different composition or concentration in order to characterise macromolecular interactions, including reversible self- and hetero-association of proteins, reaction rates and affinities of irreversible aggregation, and virial coefficients.

No special modifications, such as sample tagging or immobilisation procedures, are required. Instead, samples are unlabelled and entirely in solution. Furthermore, Calypso’s automation capabilities enhance productivity by improving repeatability and reliability, while minimising time and effort.

DuPont Liveo Pharma Bottle Closures are one-piece silicone stoppers and tubings made from...

The product is a syringe plunger stopper for supporting the injection of biologics into... 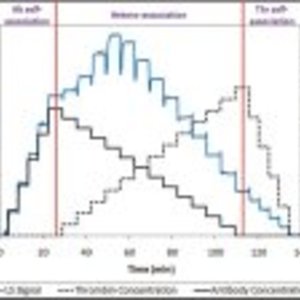