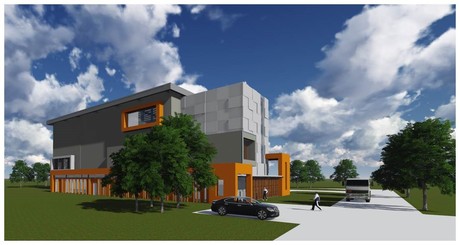 The Australian Nuclear Science and Technology Organisation (ANSTO) and Swedish company Quintus Technologies have formed a new technology partnership that will play a crucial role in treating waste arising from nuclear medicine production.

The partnership will see Quintus Technologies provide a robust Hot Isostatic Press (HIP) capable of operating in a nuclear environment. It will be based in the soon-to-be-built Synroc radioactive waste treatment facility (SyMo), which is part of the $168 million ANSTO Nuclear Medicine (ANM) project.

The ANM Project will take Australia from producing predominantly domestic medicine supplies of Molybdenum-99 (Mo-99) to being capable of delivering around 25% of global needs. Mo-99 is the precursor of Technetium-99m, used in 80% of diagnostic nuclear medicine procedures worldwide, including for heart, lung and muscular skeletal conditions, as well as a variety of cancers.

The Synroc waste treatment plant could dramatically reduce the volume of waste compared to other methods, delivering a permanent, safe and economical way of managing waste from the past, current and future manufacture of nuclear medicines.

The plant’s technology is core to reprocessing radioactive liquid waste resulting from nuclear medicine production and transforming it into a durable compact solid suitable for storage and final disposal. Waste and additives are sealed inside a metal canister, the material is heated and it densifies, forming a solid material and reducing its volume.

“The Synroc waste treatment facility will ensure we can increase our medicine production whilst appropriately treating the waste,” said Triani.

“While it will only be used for ANSTO’s waste, the facility will also serve as a demonstration plant for scientists from countries with much larger nuclear programs, who have already expressed keen interest.

“The HIP technology is an important part of the Synroc waste treatment facility and will create a compact solid, which is safe, suitable for interim storage at ANSTO and the National Radioactive Waste Management Facility and eventually permanent disposal at an Australian facility.

“Nuclear medicine production from ANSTO’s ANM plant will start early next year; however, the waste generated will not be ready for treatment for another three years, at which point the SyMo waste treatment facility will be operational, with the new technology in action.

“Construction of the Synroc waste treatment facility is due to commence next year, and will have the capacity to produce around 300 cans of solid wasteform product per year.

“Each product can will have a volume of approximately 15 L and will weigh around 50 kg.”

“Quintus Technologies has for several years worked with the nuclear industry in the development of waste handling in the US and Europe. We are honoured to have been selected by ANSTO to deliver this specialised HIP system. It proves our commitment to deliver reliable HIP systems to this highly  demanding industry sector,” said Söderström.