Rapid detection of Salmonella in food 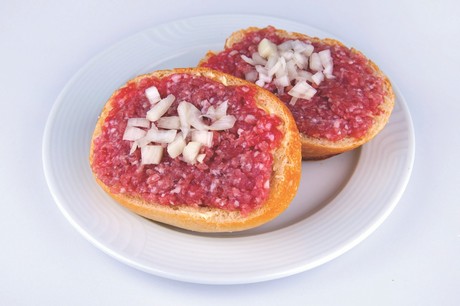 German researchers have developed a test that is capable of detecting Salmonella bacteria in animal products in less than eight hours, which should reduce cases of infection as well as costly recalls.

When a person consumes Salmonella-infected animal products such as eggs, milk, poultry, seafood or raw meat, the bacteria get into their gastrointestinal system and trigger symptoms such as diarrhoea, vomiting, fever and stomach ache. Babies, toddlers, the elderly and people with immunodeficiencies are particularly susceptible, with the latter at risk of serious complications.

When it comes to detecting the presence of Salmonella in animal products, traditional microbiological techniques can take up to four days. This is a major problem for food manufacturers, who cannot wait around this long for the results before shipping out their goods. Significantly faster detection methods are therefore required.

Together with the German microbiology and food analysis laboratory SELEKTIS, researchers from the Fraunhofer Institute for Cell Therapy and Immunology, Branch Bioanalytics and Bioprocesses IZI-BB are developing a rapid test that is capable of determining whether food is contaminated with Salmonella in less than eight hours.

Until now, enriching the bacteria has been very time-consuming. Enrichment involves cultivating and propagating microbes, which are available only in limited quantities, in a liquid culture medium overnight, so that there is a sufficiently high bacterial count for subsequent detection. This process lasts about 18 hours, with three further days needed for the selective enrichment and incubation of the salmonellae in additional liquid media, for the streaking of a bacterial culture on agar plates and for the serological test.

Now the project partners have managed to reduce the initial lengthy enrichment process from 18 hours to 4–6 hours. This was achieved using an innovative technique to cultivate the salmonellae.

“We did this by creating a rapid culture with growth conditions optimised for salmonellae,” said Dr Harald Peter, Research Group Leader at Fraunhofer IZI-BB. “By means of an innovative, optimised enrichment method, we are able to increase the concentration of the bacteria to such an extent that we can detect them using molecular biological methods after only a few hours.

What is crucial is to obtain as high a concentration as possible of Salmonella DNA in a short time frame for the sensitive detection. The researchers can use fluorescent dyes to label the replicated DNA and detect it using capture molecules.

Although molecular biological detection techniques are already used in laboratories, they are rarely employed in fully automated processes — and up to now not in food diagnostics. For their project, Dr Peter and his team plan to develop a system that automatically performs all procedures that are done manually, such as cultivation, enrichment, molecular biological replication and detection. In the future, all the components required will be integrated in a compact device — 40 x 40 cm in size. 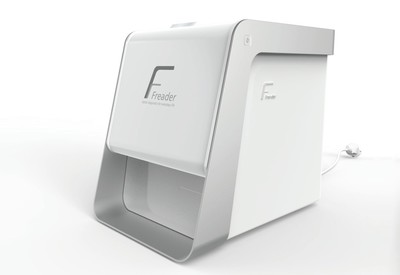 The automated system for sample preparation and pathogen detection could look like this. Image ©Fraunhofer IZI-BB.

Using special molecular biological techniques, the researchers can skip certain DNA purification steps, thus significantly simplifying and speeding up the process. The test can also be applied to other food pathogens — the capture molecules merely need to be adapted to other organisms using a computer and gene databases.

“The German Food Hygiene Act (Lebensmittelhygiene-Verordnung) stipulates that a sample of 25 grams of meat must not contain a single Salmonella bacterium,” Dr Peter said. “Consequently, the new rapid test has to be capable of detecting a single bacterium within 6–8 hours — that is, within an average working day. A further task is to distinguish the salmonellae from other microorganisms.”

Top image: Cases of Salmonella food poisoning are a recurring phenomenon. Raw meat is a frequent source of infection. If the bread roll with pork tartare pictured here was contaminated with pathogens, eating it could lead to vomiting, diarrhoea and stomach cramps. Image ©Fraunhofer IZI-BB.

Protein production: understanding the workflow from start to finish

In research, the protein production, protein purification and protein analysis workflows are...

The non-invasive method relies on an algorithm to analyse patient stool samples, which contain...

How to avoid microorganisms in compressed air

Food recalls still on the rise due to undeclared allergens

Hotel quarantine: how secure is the system?