A new way to test for drug‑resistant infections 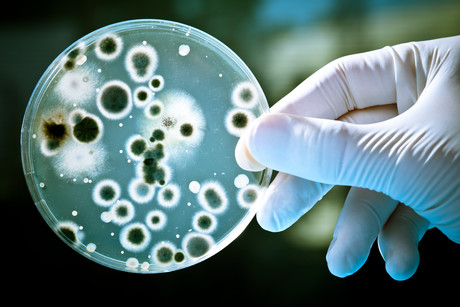 Scientists at the University of York have developed a method to test whether an infection is resistant to common antibiotics, with the results published in the journal Applied Materials and Interfaces.

Antimicrobial resistance (AMR) is a major global threat accelerated by the inappropriate use of antibiotics. One of the major ways in which bacteria become resistant to treatment is through the production of enzymes that can break down beta-lactam antibiotics, rendering them ineffective.

Resistance to this class of antibiotics, which includes penicillin, has now grown to such an extent that doctors often avoid prescribing them in favour of stronger drugs — in many cases unnecessarily. As noted by study co-author Callum Silver, “The lack of diagnostic techniques to inform doctors whether or not they are dealing with resistant bacteria contributes to the problem of AMR.”

Looking to test for the presence of these resistance enzymes, the York researchers modified an antibiotic from the beta-lactam family so that it can be attached to a sensor, which enabled them to see whether or not the drug was broken down. The team used multiple techniques to show that the drug is still accessible to the enzyme, meaning the modified antibiotic could be used to develop things like urine tests for AMR bacteria in patients.

The new method could lead to clinicians being able to rapidly detect whether an infection is treatable with common antibiotics, reserving stronger alternatives for the patients that need them most. According to Silver, “This modified antibiotic could be applied to a variety of different biosensing devices for use at the point of care.

“This study paves the way for the development of tests which will give doctors important information on the bacteria they are dealing with so that common antibiotics can be used whenever possible,” Silver added. “Resistance to new antibiotics can emerge very quickly after they come into use and so we need to reserve them for when they are really needed.

“The discovery may also help to identify and isolate resistant bacteria, reducing the chances of large outbreaks.”

Co-author Dr Steven Johnson added, “This important study is the result of a close collaboration between physical, chemical and biological scientists at the University of York and lays the foundation for a new diagnostic test for drug-resistant infections. We are now working with clinicians at York Teaching Hospital NHS Foundation Trust to integrate this modified antibiotic into a rapid diagnostic test for antimicrobial resistance in urinary tract infections.”