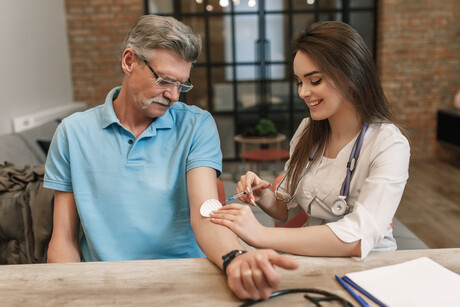 New research led by the University of Otago has shown that levels of microRNA in blood plasma dynamically change as the symptoms of Alzheimer’s disease get worse — a breakthrough that could assist with early detection of the disease via a blood test. The results of the study were published in the journal Alzheimer’s & Dementia.

Alzheimer’s is a slow-progressing neurodegenerative disorder that begins long before people notice problems with their memory, with no easy method of early detection. As noted by lead author Diane Guévremont, “It is possible to quantify levels of toxic molecules in the brain or changes in brain structures, but it is not possible to measure these early changes without repeated use [of] expensive and invasive procedures that are only available in highly specialised centres and not currently suitable for routine screening.

“A blood test, however, can be done simply, and although may not be as precise as positron emission tomography (PET) scans, may be a valuable tool to discover those at risk of developing Alzheimer’s disease,” Guévremont said. This would allow for early intervention with current therapies such as lifestyle modifications and new drug therapies which are being developed.

The researchers assessed blood plasma levels of 182 neurodegeneration-related microRNA in three different groups: a group of people who had tested amyloid positive in PET scans but were cognitively normal, another group of people living with mild cognitive impairment, and another group that had been diagnosed with Alzheimer’s disease.

“We found that plasma microRNA are dynamically expressed during the progression of Alzheimer’s disease,” Guévremont said. “Those specific microRNA are altered at specific diseases stages, including a group which are correlated with levels of the neurotoxic molecule amyloid ß.”

Team leader Associate Professor Joanna Williams said the research team hopes the findings will allow intervention at a time in the disease where therapies are most likely to be effective. Expansion of the work will allow researchers to firmly establish a biomarker of preclinical Alzheimer’s disease and will bolster the development of a simple blood screening tool to pick up those at risk of developing the disease.

“Our goal is to use blood as a window into the brain, to find biomarkers that can help us diagnose Alzheimer’s disease early, long before symptoms appear, and the brain is too damaged for interventions to be effective,” Williams said.

“This is now within reach and will give hope that current and novel therapeutics can be delivered at a time during the disease process where there is a greater chance of being effective. Furthermore, such a test will be useful to assess therapy effectiveness.”

Researchers collaborated to develop a blood test to identify patients who require chemo after...