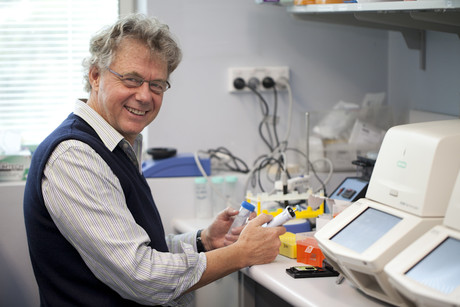 Australian researchers have contributed to the discovery of four new genes contributing to the devastating neurological disease, multiple sclerosis (MS).

Professor David Booth and Professor Graeme Stewart from the Westmead Institute and the University of Sydney are key researchers involved in an international collaboration — the International Multiple Sclerosis Genetics Consortium (IMSGC) — that identified the new genes.

The IMSGC had previously identified 233 genetic risk variants. Professor Booth said that these extra four genes were found using a different technique than used for the others.

Each of these four genes is an independent risk factor for the crippling autoimmune disorder that more than 25,000 Australians currently live with. On average more than 10 Australians are diagnosed with MS every week.

“The more we understand the genetics of MS the better our chances of coming up with better treatments,” Booth said.

“It’s promising that in just over a decade we have found nearly 250 separate genetic risk factors for multiple sclerosis.

“However, we simply could not have found these new MS risk genes by continuing to look at common genetic variants. We had to look for rarer variants, which meant looking at many, many more people.

“The different approach we took means that we’ve found four new genes that actually represent a significant proportion of MS risk,” he said.

To find these genes, the IMSGC pooled data from more than 68,000 MS patients and control subjects across Australia, Europe and the United States to look for rare variants that directly damage the gene sequence.

More than 3000 Australians with MS and controls contributed DNA samples to the study, including samples held in the Westmead MS DNA biobank.

“Now that we’re starting to understand the causes of MS, we can move closer towards improving outcomes for people living with the disease,” Professor Stewart said.

“Such is the enormous power of continually evolving research technology coupled with a massive international collaborative effort,” Professor Stewart concluded. 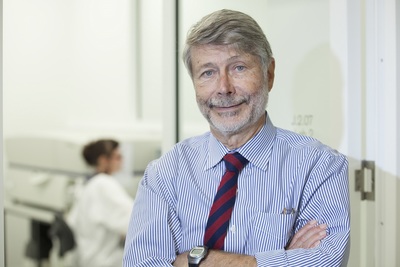 The research has been published in Cell Journal.

Other Australian contributors to the study include Professor Bruce Taylor and Dr Jac Charlesworth from the University of Tasmania, and Dr Lotti Tajouri from Bond University.

Associate Professor Cotsapas at Yale University led the international collaboration. The IMSGC was founded in 2003 to study the genetic basis of MS. It comprises more than 200 laboratories across the world and has identified almost 250 separate MS genetic risk factors.