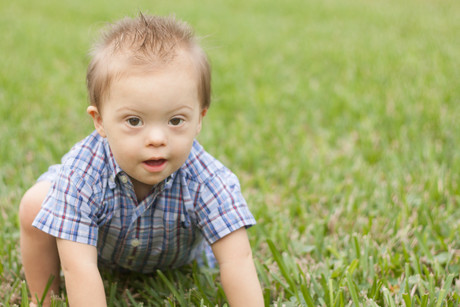 Chinese researchers have developed a sensitive new biosensor that could someday be used to detect foetal Down syndrome DNA in pregnant women’s blood.

Characterised by variable degrees of intellectual and developmental problems, Down syndrome is caused by the presence of an extra copy of chromosome 21. It is believed to be the most common birth defect, occurring once in every 700 births according to the Centers for Disease Control and Prevention.

To screen for the condition, pregnant women can have ultrasound scans or indirect blood biomarker tests, but misdiagnosis rates are high. Amniocentesis, in which doctors insert a needle into the uterus to collect amniotic fluid, provides a definitive diagnosis, but the procedure poses risks to both the pregnant woman and the foetus. The emerging method of whole-genome sequencing is also highly accurate, but it is a slow and expensive process.

With this in mind, Zhiyong Zhang from Peking University and colleagues sought to develop a fast, sensitive and cost-effective test that could detect elevated DNA concentrations of chromosome 21 DNA in pregnant women’s blood. The results of their research were published in the American Chemical Society (ACS) journal Nano Letters.

The researchers used field-effect transistor biosensor chips based on a single layer of molybdenum disulfide. They attached gold nanoparticles to the surface. On the nanoparticles, they immobilised probe DNA sequences that can recognise a specific sequence from chromosome 21.

When the team added chromosome 21 DNA fragments to the sensor, they bound to the probes, causing a drop in the electrical current of the device. The biosensor could detect DNA concentrations as low as 0.1 fM/L, which is much more sensitive than other reported field-effect transistor DNA sensors.

The researchers say that eventually, the test could be used to compare levels of chromosome 21 DNA in blood with that of another chromosome, such as 13, to determine if there are extra copies, suggesting a foetus has Down syndrome.