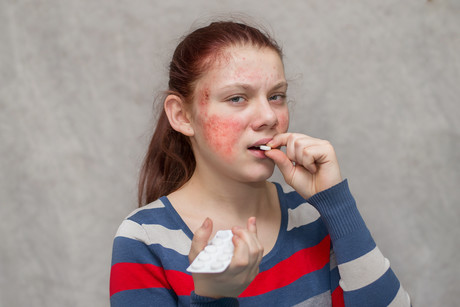 Researchers at the Polytechnic University of Valencia (UPV) have developed a biophotonic system which makes it possible to detect, in a non-invasive way and with a very small sample of blood, allergies to antibiotics such as amoxicillin or penicillin in less than an hour.

The detection of allergies to antibiotics is currently conducted with a series of invasive and inconvenient in vivo skin tests. Although in vitro methods do exist, they are not sufficiently sensitive, and can lead to an inaccurate diagnosis. Furthermore, only a small number of allergens are analysed, and tests are slow and expensive.

To combat these deficiencies, UPV researchers working on the European COBIOPHAD project developed a device based on compact disc technology, including a microfluidic disc into which the samples to be analysed are injected, a disc drive and software which enables processing of the trial and provides results for the medical experts.

As well as its high sensitivity, low cost and speed, the device has the advantage of being able to detect with one sample up to 10 allergies to beta-lactam antibiotics, including amoxicillin, penicillin and clavulanic acid. It can simultaneously analyse up to six different samples.

“The analysis is very simple,” said UPV researcher Ángel Maquieira. “Once the sample is loaded on to the disc, it is placed in the drive. From the interaction between the sample and the reactive agents, the result that will help doctors diagnose whether the patient is allergic or not is obtained — all in less than an hour.”

COBIOPHAD project partners have convened at the UPV to verify the capabilities of the device with real trials. After the tests at the UPV, in coming months the device will start being used in the Hospital Universitari i Politècnic La Fe.

Allergist Ethal Ibáñez, a member of the COBIOPHAD team, believes that the device can facilitate and significantly cheapen the diagnosis of antibiotic allergies, while also decreasing the inconveniences and risks for patients.

“At the moment, the diagnosis starts with the patient’s medical history and then, depending on the risk they may have, the skin tests are carried out,” he said. “They are invasive tests, which can entail a series of risks; furthermore, we do analytic and exposure tests to the medicine, supplying it to the patient orally, which entails a greater risk than the skin tests. All these tests also require the corresponding commutes.

“The device that has been developed in this project is much safer, faster and generates far fewer costs. At the moment when the patient comes to the practice, with a very small blood sample — 25 microlitres — we can learn whether they are allergic or not.”

Packaging webinar: Hero or villain in a circular economy?