It's alive! Zapping bacteria with an electrical field 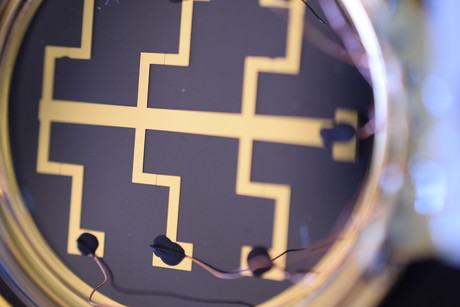 UK scientists have found a new way to detect bacteria in minutes — by ‘zapping’ the bacteria with electricity. Their work has been published in Proceedings of the National Academy of Sciences.

Testing clinical samples or commercial products for bacterial contamination typically takes days. During this time, they can cause significant damage; many infections can become life-threatening very quickly if not identified and treated with appropriate antibiotics. For example, 8% of people with severe blood infection sepsis will die for every hour of delay in proper treatment.

Now, scientists at the University of Warwick have found that when zapped with an electrical field, live bacteria absorb dye molecules, causing the cells to light up and allowing them to be counted easily. Combining biological experiments, engineering and mathematical modelling, they discovered that healthy bacteria cells and cells inhibited by antibiotics or UV light showed completely different electric reactions.

“This work demonstrates that bacterial electricity can lead to societally important technology, while at the same time gaining fundamental insights into our basic understanding of cells,” said Dr Munehiro Asally, an assistant professor at the University of Warwick. “The tool we developed can offer more opportunities by allowing experiments which were not possible to perform before.”

The findings could lead to the development of medical devices which can rapidly detect live bacterial cells, evaluate the effects of antibiotics on growing bacteria colonies or identify different types of bacteria and reveal antibiotic-resistant bacteria. The researchers have now founded a start-up company, Cytecom, to commercialise the idea, which has been awarded a grant from Innovate UK.

“The system we have created can produce results which are similar to the plate counts used in medical and industrial testing but about 20x faster,” said Dr James Stratford, Managing Director of Cytecom. “This could save many people’s lives and also benefit the economy by detecting contamination in manufacturing processes.”